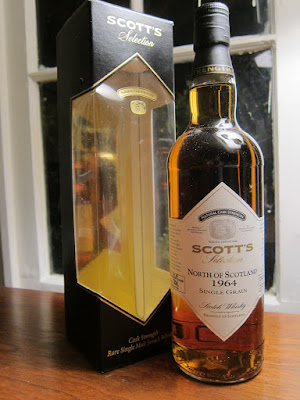 Scott's Selection North of Scotland 1964 Single Grain 45yo (45.2%): Ok, before we start, think about the year 1964 for a sec: The Rolling Stones is about to release their very first album, people are not quite sure what to make out of Dr. Strangelove, scientists won't dare to do the first spacewalk for another year and football fans have to wait three more years for their first Super Bowl party... 1964 was literally more than half a century ago. And in that very same year the crew of short lived North of Scotland Distillery happened to fill this cask and rolled it into the warehouse not to be touched again till 2009. North of Scotland was originally Robert Knox's Forth Brewery and re-built as a distillery in 1957 with a plan of producing patent-still malt whisky but shortly after the distillery was converted into a grain distillery. After it got sold to DCL (now a part of Diageo) in 1980 the equipment got re-installed to different distilleries one by one in years and eventually North of Scotland got mothballed in 1993.* It is pretty amazing to look at a piece of history captured in a bottle. Color: Dark amber, chestnut honey. Nose: Maple butter, nutmeg and cinnamon. Banana chips, orange zest jam, lemon cookies and hardwood furniture. Bourbon, chalk, vintage magazines and old leather upholstery. Palate: Taste like an old wheated bourbon with way less aggressive wood influence. Gently toasted oak staves, prunes and nutmeg. Almond paste and hot toddy with buttery and smooth mouth feel. No water needed. Adding water thinned the texture and didn't improve the taste necessarily. Finish: Long and warming with some black pepper dustings, dark Muscovado sugar and cocoa. Overall: Well, it's a very old school whisky... It looks like one, noses like one and definitely tastes like one. Like I mentioned before it resembles a very high end bourbon but at the same time you can taste how the cask the whisky was sleeping in for 45 years took good care of the spirit. Just right amount of oakiness without overpowering any other qualities. I remember tasting some very old Glenlivet bottling distilled in 1960s and the wood had almost the same quality in the spirit. Amazing... Scott's Selection had also port pipe matured North of Scotland bottlings from the same era and they were superb as well. It is a good whisky but unfortunately very hard to find again. But hey, who knows? You might find one on a dusty shelf of an odd liquor shop waiting for you... 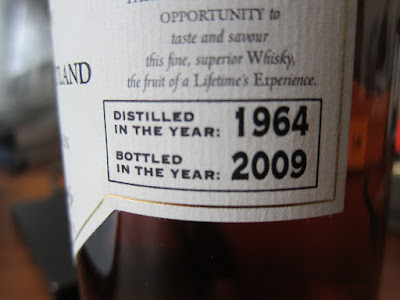 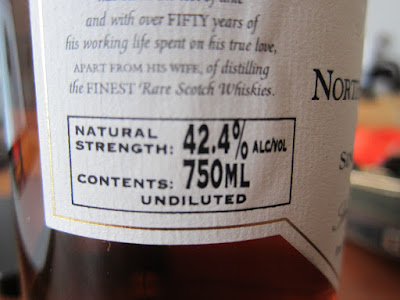