beyond Britannia, where the endless ocean opens, lies Orkney...* 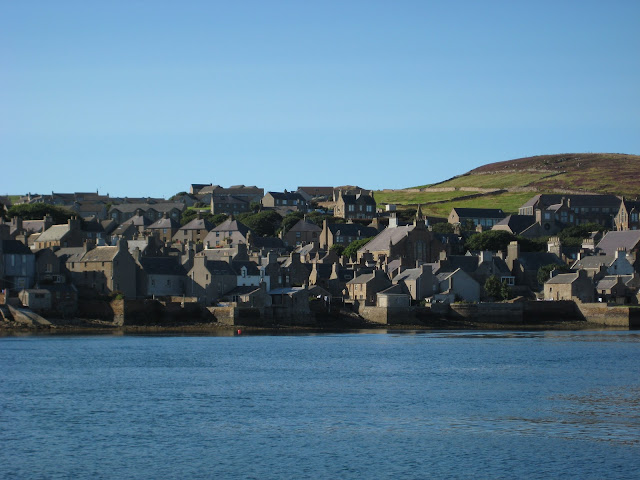 On our way from the airport to our bed and breakfast in Kirkwall the clouds were reaching almost to the ground, air was smelling heavenly, sun was shining low at the horizon and the sea was bright blue like we have never seen before. Orkney has seventy islands, all beautiful like this and we had only three days...

That day started right away after noon with a visit to Highland Park distillery. The tour was pretty straight forward with a tacky video, poor tasting and unexpectedly with lack of information. It was great to be there though. After the tour we went to the famous St. Magnus Cathedral, walked around Kirkwall before the shops close and tried to get some rest at night for the next day's trip to Hoy. The walk from the city to our place along the shore after dinner during sunset left us speechless. 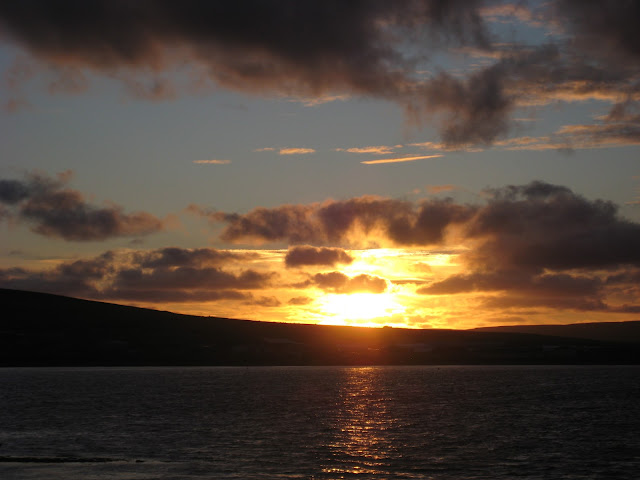 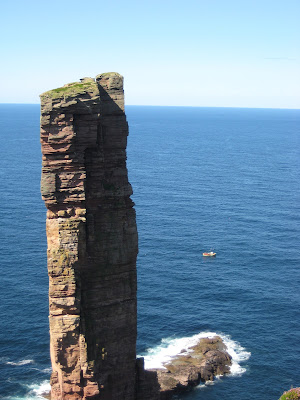 Hoy is one of the bigger islands in the archipelago, right south of the Mainland and you can reach it with a ferry from beautiful Stromness the second biggest burgh in Orkney Islands. The ferry took us from Stromness to Moaness port in Hoy where we took a passanger van to go to the south side of the island to Rackwick. Rackwick is the village of six houes where you start your hike to The Old Man of Hoy a 450 feet tall sea stack. Since we saw the pictures of the stack for the first time months ago we were dreaming to go there. It is a pretty mild hike around 3 miles, 1 hr. Towards to the end of your hike suddenly you see the Old Man rising behind the cliffs far away. When you get closer the scene is getting more and more breathtaking. Finally when you reach the site and sit at the edge of the cliffs you feel like sitting on the roof of the world. Staring at The Old Man of Hoy and the Atlantic Ocean from that altitude where the seagulls flying way below where you are is unbelievable. After finally convincing ourselves to leave we went back to Rackwick Bay following the track back and spent the rest of our time in the Cra'as Nest Museum which is basically a cute village house from 18th century with two box beds and a dresser with old photographs and on the famous pebble beach. It was so much fun to jump around pebbles around 4 - 5 feet in size. 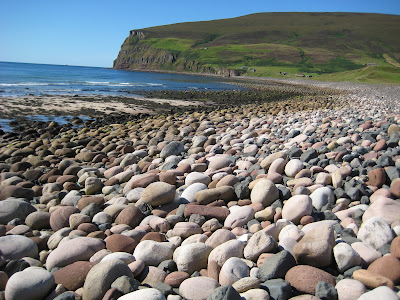 Short but amazingly satisfying visit to Scapa distillery under the friendly guidance of the operator Bryan Ross was a really good start for our last day on the island. Although the distillery is closed to visitors he was kind enough to give us a lovely and detailed tour. After we left Scapa we decided to dedicate our day to the Mainland. First we moved to the west coast of the island to the ruins of Skara Brae. Skara Brae is an incredibly well preserved neolithic settlement discovered  accidentally after a severe storm uncovered the most of it in 1850 at the coast of Bay of Skaill. Right next to it you can also see and visit Skaill House a gorgeous mansion built at the same coast in 17th century. The mansion has a combined history with the excavations of Skara Brae and people who were involved with it. After a lunch in Stromness under some light rain and strong wind we could reach Maeshowe on our way back to Kirkwall which is a chambered tomb built 2700 BC. Seeing all the famous inscriptions carved by different visitors on the walls during it's 5000 years of history was very exciting and our tour guide Gerry was an amazing storyteller. 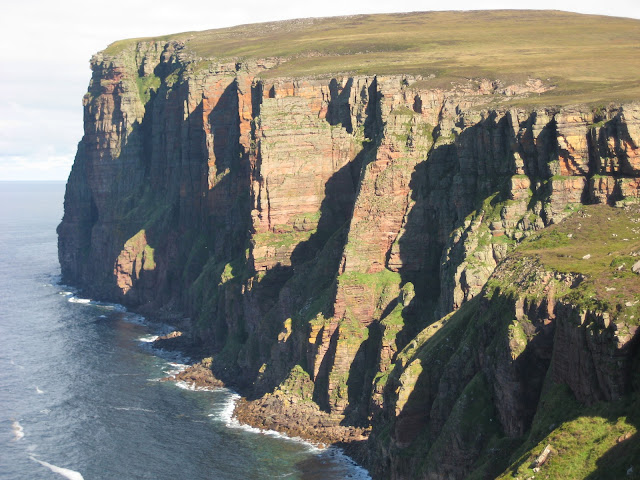 Like other small islands in Scotland Orkney doesn't have a vibrant restaurant scene but I think we really enjoyed the pubs and old school restaurants recommended to us. Needless to say we tried almost all the expressions of the local distilleries and breweries. Especially Dark Island and Dragonhead of Orkney Brewery and Scapa Special of Highland Brewing Company are exceptional Scottish ales I can recommend. It is pretty sad that we didn't have time to visit any of those breweries, other islands like Stronsay, North Ronaldsay, Shapinsay or to see Scapa Flow and Churchill Barriers. Like I said three days were barely enough for what we could do. Next day early morning at the Kirkwall airport when we were walking towards our plane back to Edinburgh watching the sun rising at the horizon was heartbreaking. I hope I will be back soon, I mean very soon... 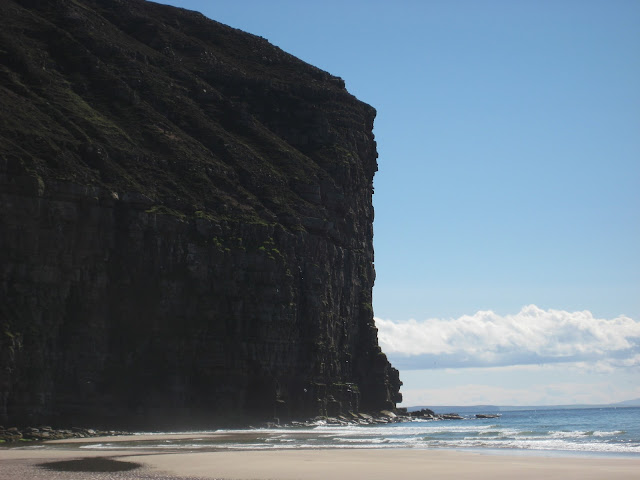