a dawn to remember...

on October 04, 2010
Over a year ago in July when I was watching the beautiful woods pass by outside of the car window on my way to Gdynia from Lech Walesa Airport I was feeling very excited to be back in Poland. After spending amazing time in my prior visits to Warsaw, Krakow, Gdansk and Sopot in the last decade I was ready to have good time. But somehow it didn't work for me in Gdynia. We had huge problems at work, I was tired and sleepy all the time, the city was entirely covered with tourists, restaurants weren't even capable to cook and serve frozen food properly. Almost every night house/techno beach parties were happening everywhere till the early hours of morning keeping everybody in their beds frantically biting their pillows and leaving insanely drunk people singing gibberish on the streets. I was grumpy, cranky, short tempered, not happy and complaining almost about everything. Every night ended up desperately trying to get a pint of beer and/or a shot of vodka multiple times in one of the crowded bars of this gray city and then going back to the hotel. I have to say vodka was tasty though...

Actually one of the big mistakes I made there was not to bring back one bottle of the very impressive Chopin rye vodka with me. For years Chopin's regular potato vodka has been my favorite one but their rye expression has definitely more character. It has a spicy palate and long finish. It is a shame that the US importer of the brand is not so interested in this particular expression. Highly recommended... Oh, another tip; stay away from Goldwasser..! I don't think that thing is made to drink more than one ounce per day. 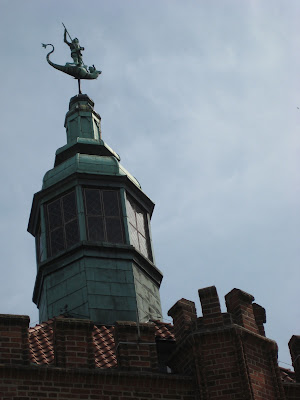 Fortunately the early morning trips to Gdansk and Sopot saved the trip a little bit. Under heavy influence of typical 17th century Dutch and German architecture Gdansk is a beautiful old city with it's proud history of being the birth place of Solidarity. Known as one of the largest brick gothic buildings in the world St. Mary's Church (Bazylika Mariacka) is a fascinating building which has a capacity of 25,000. Other than that The Town Hall building, Neptune's Fountain and my personal favorite Port Crane which is a black, wooden medieval crane building from 15th century built to hoist the goods from the ships are worth to see. Gdansk has also a lot of traditional dining options you can experience Polish cuisine. 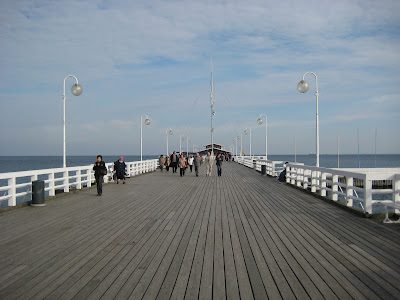 On the other hand Sopot is an old, sad but cute forgotten summer town missing it's regular local visitors lost to Gdynia years ago and waiting for the Sopot International Song Festival to happen every year to draw a little attention. Sopot Festival was a well known event in Europe back in seventies. I remember very well watching it on our black and white TV set with my parents when I was a little kid. After a short walk from the train station with it's pitch black interiors and housed in the building where Klaus Kinski is born Bar Kinski is the place to get a drink in Sopot. You won't be disappointed, it's a pretty wicked place. If you walk further towards the beach you will see the beautiful old building of Hotel Grand Sopot and the famous, more than half kilometer long wooden pier. When I first watched Hotel Grand Sopot from that pier in a chilly October afternoon the whole scene reminded me Visconti's Death in Venice. It wasn't hard to imagine Dirk Bogarde with his white panama hat taking a walk at the beach. 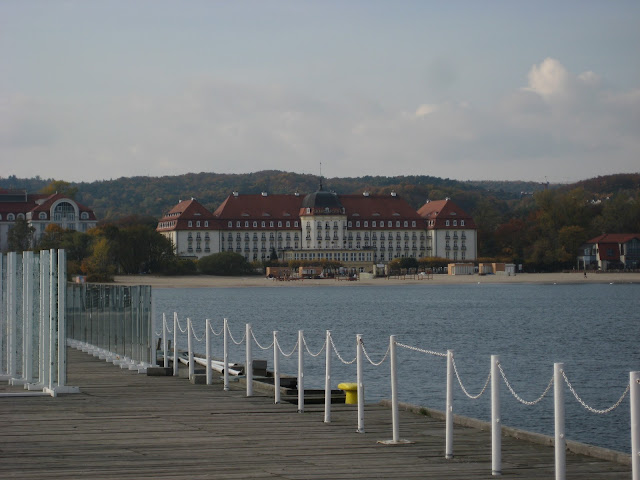 Anyway... Last night in Gdynia after working very late I ended up crawling into my hotel room deadly tired, got a bite to eat and started to pack as quick as possible to be able to catch the pick-up van which was scheduled to be in front of the hotel only in a few hours. After the first glimpses of morning light started to fill my room in a distance on the horizon I saw the sun slowly rising over the port like I have never seen before. The sea was calm like a pond, the streets were deadly silent and the city looked for the first time not gray to me. The view left me absolutely speechless... I am glad that I will remember Gdynia with this view all the time. 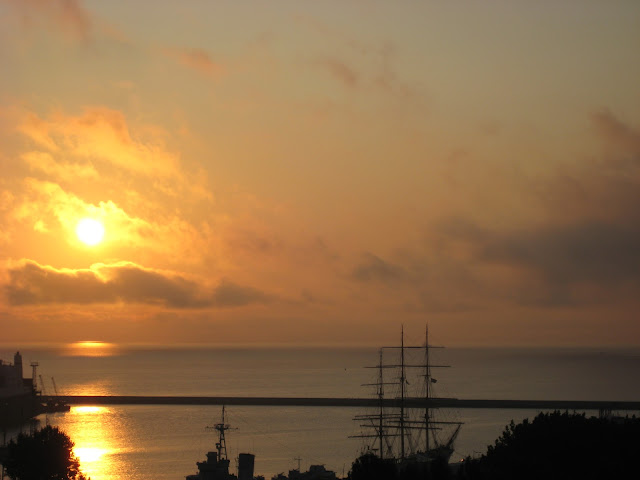