gardens in the mist... 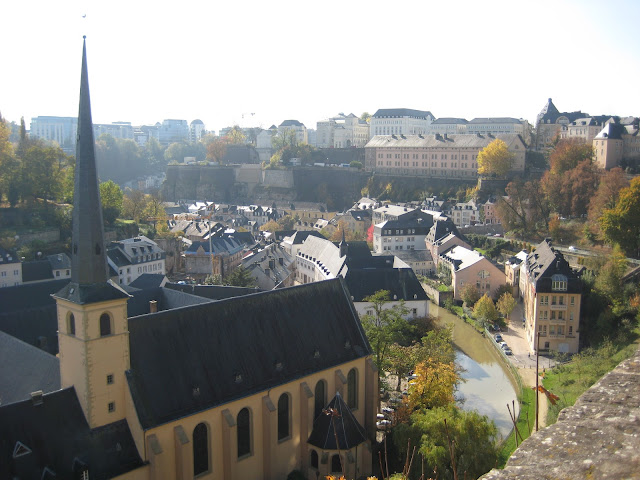 Usually I obsessively read, google and learn a lot before I visit a city. But somehow I couldn't do my homework well enough and when we arrived to Luxembourg City I literally had no idea what to expect, didn't have any plans, didn't have a slightest clue... The weather was gorgeous, time was limited and we were ready to be on the streets day and night whenever we were not working. It doesn't sound like a plan but worked pretty good. To be honest this picturesque city hasn't got a lot of excitement to offer but we spent a full week wandering around the beautiful gardens stretching at both sides of the Petrusse River miles long, multilayer medieval old town above the valley, old city walls, amazing restaurants, cafes, mansions, museums, stairs going down, stairs going up... 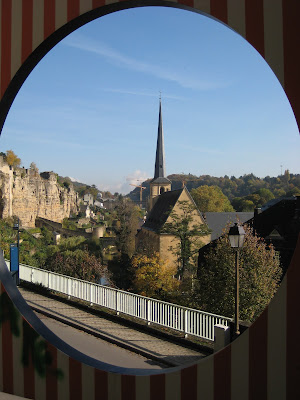 I think because of the season we woke up in a gorgeous, dense and thick mist covering the entire city every morning. It was making me feel like you can let yourself float out of the window of my hotel and land softly across the dark street. Then the mist was disappearing with the sun coming out and warming up the air a few degrees right on the clock every day. It was such a great experience to be out on the streets at that time of the day.

The gardens of Petrusse Valley are unbelievable. The whole narrow valley below the old city is divided into tiny gardens next to each other at different levels. There are steep paths and staircases you can climb down from up above to reach the gardens filled with flowers, vegetables, fruit trees. Butterflies are flying around and the river is flowing calmly next to you with ducks and swans swimming in. The area is totally isolated and beautiful. 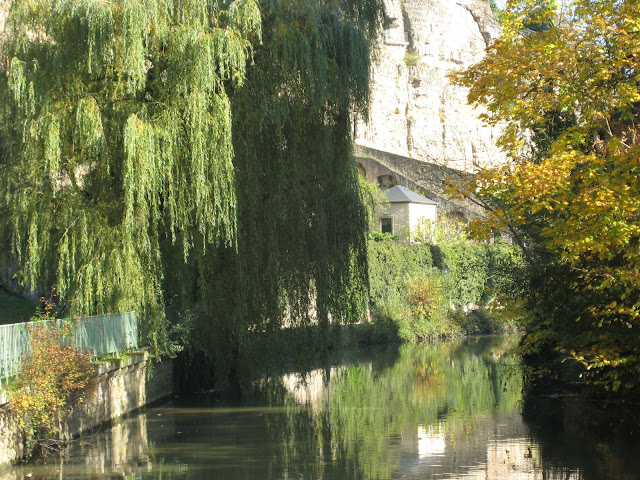 Luxembourgian cuisine is simply a mixture of French and German food cultures and quite similar to Alsatian cuisine. Luxembourg has a lot of famous and well reviewed restaurants including several Michelin Star holders, almost too many for a small country. Very chick cafes and fine local white and sparkling wine varieties are all over the place. I don't think you can get terribly wrong with any of the restaurants or cafes in the city but I have an odd recommendation. It is actually a small Dutch cafe chain called Chocolate Company. They have only four locations overall and the one in Luxembourg City is the only cafe they have outside of The Netherlands. It is just across the Grand Ducal Palace. They have the most amazing hot chocolate selection. Sitting outside on the tables on a sunny chilly morning and sipping your chocolate is one of the best moments we have experienced in the city. Check out their website, you will start drooling in thirty seconds, guaranteed... 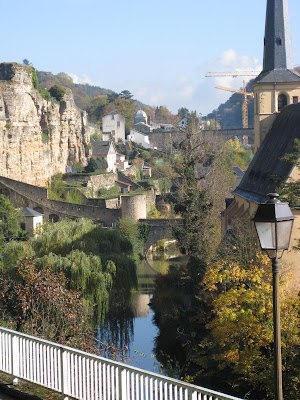 There isn't anything special I remember about the pretty dull night life scene, only a few bars with all kinds of Bofferding signs all over them. Bofferding is the most famous beer of Luxembourg and brewed in Bascharage region. It is an average but crisp and easily drinkable lager. It is literally everywhere. You wouldn't (and probably shouldn't) be looking for it anywhere else outside of Luxembourg but if you love to consume local beers when traveling like I do definitely give it a try.

Did you know that the GDP per capita in Luxembourg is around $80,000? So, they are rich, very rich... Maseratis, Lotuses, Aston Martins are parked scattered on the sidewalks, paper quality of the restaurant menus make your hands shake even before you see the prices, nobody looks overwhelmed or tired after work hours on the streets in their latest designer suits, wine bars are looking more like wine museums and neighborhood liquor shops carry 70 year old armagnacs. The rifles in the hands of the guards in front of the Grand Ducal Palace look like laser guns from a stylish sci-fi movie. They even have caravans parked outside of museums selling champagne by glass like hot dog carts. What can I say? It was like a fun night out with your friends in the rich neighborhood of the city... 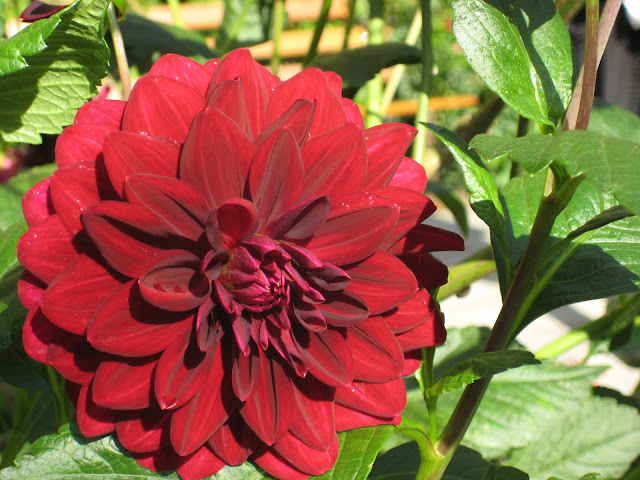