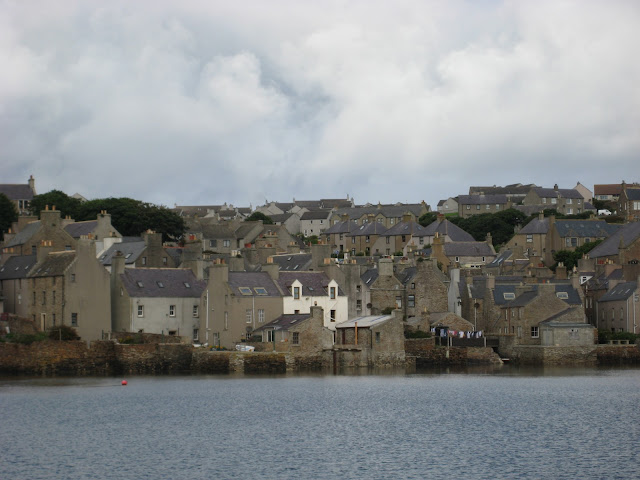 That morning we arrived Stromness via bus pretty early to catch the ferry to the Isle of Hoy. I was very excited about the day ahead of us. The plan was reaching Rackwick first and then hike all the way to see The Old Man of Hoy. After we took our places in the ferry and started to wait to get under weigh the huge ship casting shadow on us in the harbor caught my eye. Her name was Pharos and had an unusual look. I couldn't figure out what kind of a ship she was but got very impressed by her presence. She was looking like a big beautiful artillery horse came back from a very tired day and resting in her stable. She was muscled but calm like the morning sea she was floating on. I took as many pictures as I could and kind of forgot about her after the ferry left Stromness. At the end of the day when we were approaching back to Stromness I wanted to see her again but she was gone. 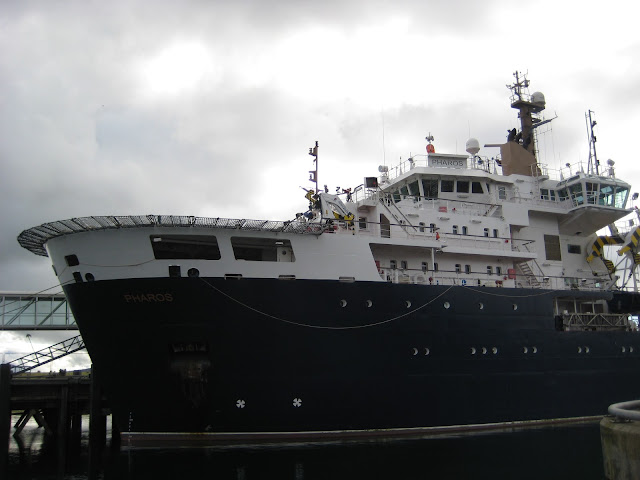 After I came back home I found myself thinking of her from time to time and looking the pictures I took. I did a small research online and learned that Pharos is a young lighthouse tender. I should guess from her name. Lighthouse tender is a ship specifically designed to maintain, and support lighthouses, providing supplies, fuel, mail and transportation. I knew she was special...

Her full name is NLV Pharos, belongs to Northern Lighthouse Board (NLB) and her home is Oban. I also found out that she has a sister named THV Galatea owned by Trinity House. They are both built in Gdansk in 2006. Pharos is taking care of the lighthouses of Scotland and Isle of Men while her sister is working around the coasts of Enland, Wales and Channel Islands. I don't think they see each other a lot. Pharos is the tenth NLB ship carrying the same name. First Pharos started her service in 1799 and they didn't change the name ever. Great story... I don't know why I liked her so much but sometimes just out of curiosity I go and check online where she is at marinetraffic.com. I would love to see her again during my future visits to Scotland. It would be a very nice surprise... 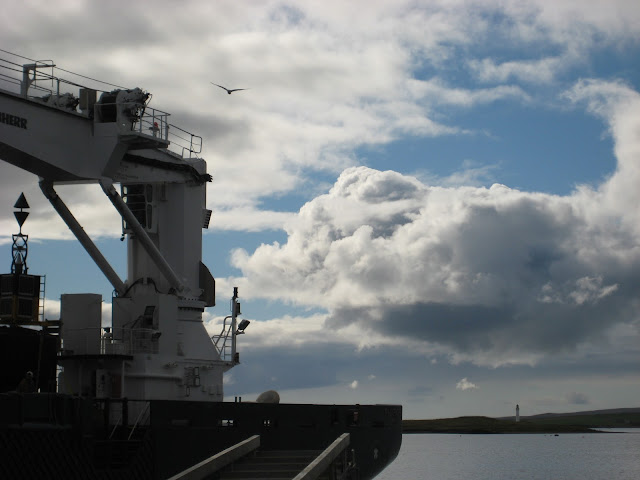