in the port of Amsterdam there is a sailor who sings...* 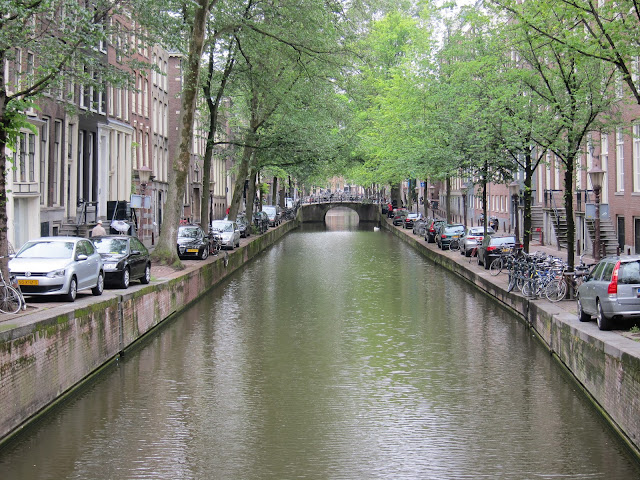 For the whole week the weather was cold, most of the time the sky was completely overcast and it was raining on and off. On top of those we didn't have enough time to do anything. We arrived the city, loaded-in, started to perform and before we could relax a little we were already loading-out. Actually it's not fair to complain. I was already aware of our tight schedule and therefore didn't have any big expectations. I only planned to go back to Whisky Cafe L&B and also to see partially re-opened Stedelijk Museum. Luckily I managed to do both. 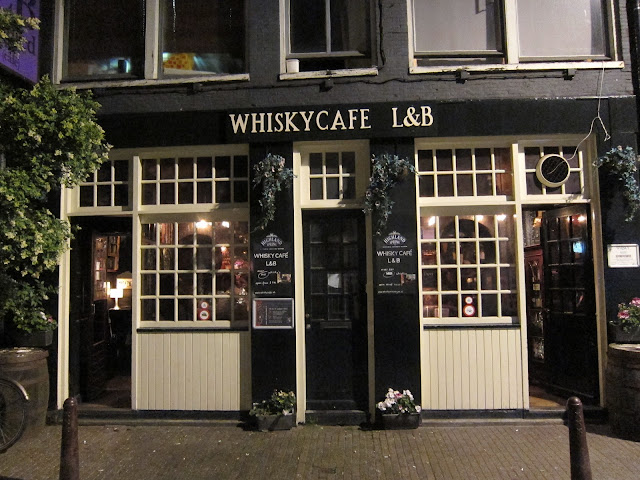 Whisky Cafe L&B is one of my favorite bars in the world and I already mentioned them in this blog last September. So, I am not planning to talk very long about the bar itself but maybe about the whisky. We visited Whisky Cafe L&B twice and tasted many impressive expressions, most of them by independent bottlers. It was great fun to get lost again in their binder holding more than 1400 bottles of whisk(e)y from all over the world and trying to pick drams we never had before but also can afford at the same time. I took long tasting notes for each expression for future references and listed the most impressive ones below. Here are my top five drams of two nights at Whisky L&B with very short tasting notes: 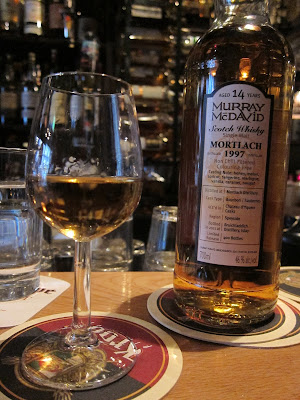 - Chieftain Tomatin Single Malt 14yo Moscatel Cask finish: Very fragile and light nose with warm spicy apple pie notes. Thick, cognac like palate. Creamy and sweet. Opens up with a few drops of water with hazelnut notes. I like Tomatin quite a lot and this cask happened to be a very good one, too.

- Glendronach Sauternes Finish 14yo (OB): Malty and fruity nose with honeysuckle and moldy cellar notes. Very dry on the palate. A little salty and nutty. After adding water it gets sweeter. Honey and vanilla take the scene. Not your everyday whisky but a very fine dram for after dinner.

- Gordon & MacPhail Connoisseurs Choice Rosebank 1991 (16yo): Strong perfumelike nose with bananas and vanilla. Light, dry but very firm body with strong malt, eastern spices and it's quite oaky. The spirit feels older than it is. A very active but balanced cask influence.

- Signatory North British Single Grain 1994 (%43): Citrus fruits and strong new spirit on the nose. Quite grassy and floral. Sweet vanilla notes on the palate. Very smooth in spite of the warning on the nose. A light and very enjoyable grain whisky. 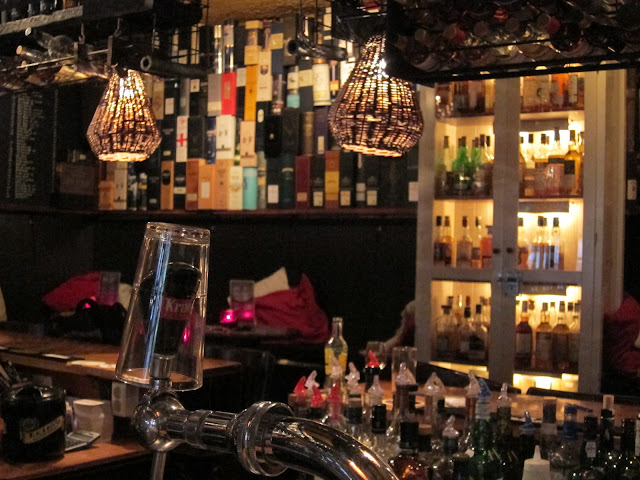 We spent our only long morning in Stedelijk Museum. I always loved Stedelijk but for my last two visits it was closed or using a temporary location downtown due to the building's massive restoration and construction of their new wing. The day before I learned that the museum was still only partially open which brought me down a little but now I am glad that I didn't change my mind. Among all the random selected works of their permanent collection I enjoyed very much Kazimir Malevich prints from Nikolai Khardzhiev archives, the huge neon installation by Bruce Nauman and the videos of Israeli artist Keren Cytter.

But for me the highlight of the museum was the part they displayed the films, photographs and documentation of two amazing animated exhibitions from 1961 and 1962 named "Bewogen Beweging" and "Dylaby" (Dynamisch Labyrint) created by Jean Tinguely, curated by Ad Petersen and produced and hosted by Stedelijk Museum. Both exhibitions were not well-received by either press or public that time but they are considered as important milestones in the history of contemporary art in terms of bringing the conceptional art to masses and encouraging ordinary people argue what art should be and how should it be displayed. It was such an amazing experience to see all the photographs and the films by Ed van der Elsken from both exhibitions. The films included interviews with the conservative visitors who were  shocked and mostly offended by the works and inspired young students, footage children playing around and artists blending in public. It made me jealous again to people lived their youth in glorious 1960's... Unfortunately all the works exhibited got destroyed at the end of the shows like planned.

So, I ended up again rushing Amsterdam pretty much like I always do. I have been in this city so many times but I think last time I had a couple of full days off was almost eight years ago. I have to catch up with the city's new and re-opened museums and galleries, renovated parks, the new harbor area development and the hidden food and restaurant scene I always miss. I witness the city changing and I feel like I am missing it... So, off to Istanbul for a week before I return back home to Brooklyn.

* by Jacques Brel from his song Amsterdam