mustard: good only in Dijon...* 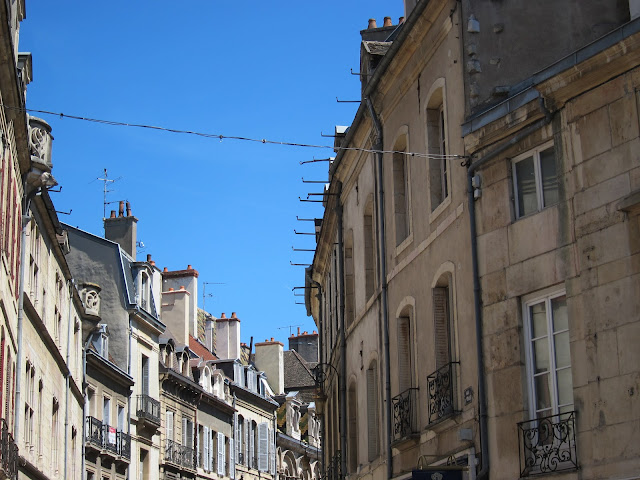 I have to admit I wasn't very excited to return to the city life after living three days in total isolation surrounded by vineyards and woods. We had an awesome time in Saint-Romain and going back to work wasn't sounding good at all. To be honest Dijon happened to be much more smaller that I thought. In spite of it's rich history going all the way back to Roman Empire era and it's importance during Middle Ages the city has a neglected feeling all over. The postwar industrial and cultural buildup you can see in almost every other French city occupied during the Second World War is somehow missing or maybe the momentum wasn't big enough. Everything looks like being from 70's. I have seen cities like Dijon in Europe before but they all had a logical explanation for their neglected situation: like geographical challenges for building main transportation routes and/or airports, tough climatic conditions affecting the agricultural improvement, nearby bigger cities getting most of the funds, etc. I couldn't quite figure out how Dijon was left aside when it had a decent potential to be one of the main touristic destinations for wine and food enthusiasts. 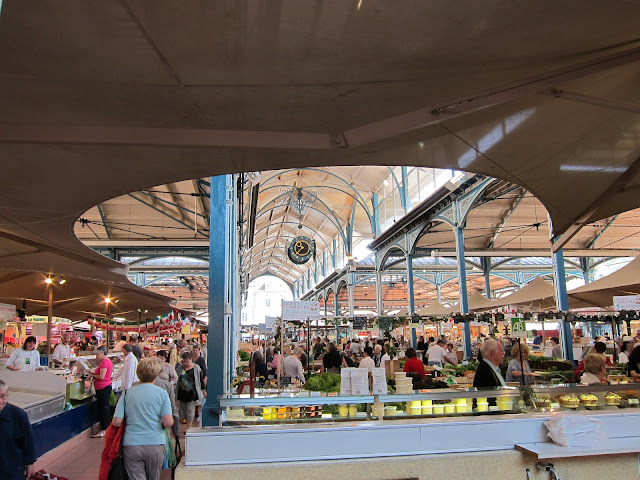 The city offers a lot for your senses of smell and taste. It's impossible to walk around and not to get seduced with all the food vendors, hundreds of bakeries and restaurants all over the city. 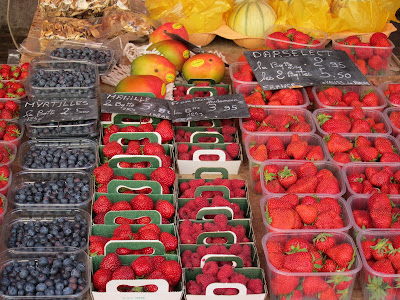 Especially the covered food market "Halles Centrales de Dijon" which is originally designed by Gustave Eiffel is one of the best food markets I visited in Europe. The whole space with it's surrounding streets especially during the market days of the week is the definition of what the food writers refer as "food porn". It is a feast for all of your senses. It begins very early in the morning but starts to fold right after noon. Fresh fruits, old school hand made candies in every possible color, amazing smelling herbs in pots, all kind of sea food, cheesemongers, spice stalls, everything you can dream of when you think of french food. It is like an episode of No Reservations or a scene of a romantic Hollywood movie where the American girl meets the incredibly handsome french butcher, her future husband... 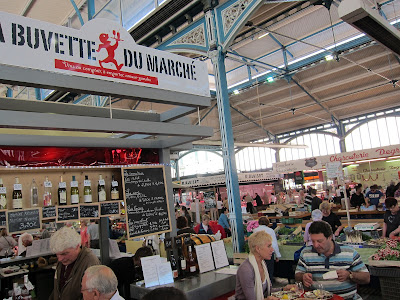 The only cafe/bar located inside the market "La Buvette du Marche" offers amazing snacks made of ingredients bought fresh every morning from the other vendors in the market served with great wine pairings. It's never too early to have foie gras on a toast with a glass of sweet wine. Believe me, life cannot get better... Great breakfast stop after walking around a few hours to get a rest before you continue for more.

Needless to say we also got lost in one of many mustard shops in the city and bought a few different kinds. Before we entered the shop I had the horrible feeling of guilt of doing the most touristic thing to do in Dijon but I have to say we did the right thing. They are pretty tasty. I am glad that I brought some back. 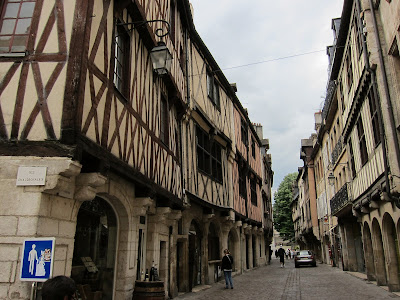 My exciting and unexpected discovery in the region was Marc de Bourgogne. My obsessive interest and curiosity for distilled beverages encourages me everywhere I travel to taste the local spirit of the area without questioning and of course not every attempt ends up very good. But Marc de Bourgogne was a true winner. Like in all other wine regions where the whole life is dependent on grapes people didn't want to waste any leftovers and distilled all the grape skins, pulps and seeds after the wine making process and called the end product Marc de Bourgogne after aging the spirit in oak barrels. It is technically same as grappa but distilled, aged and bottled in Burgundy. I really liked the bitterness carried by the seeds and the distinct grape brandy nose. I had some very young and cheap ones which were pretty harsh but also aged, smooth and pretty complex ones. I would like to encourage you to taste if you didn't have a chance to try before. Yummy... 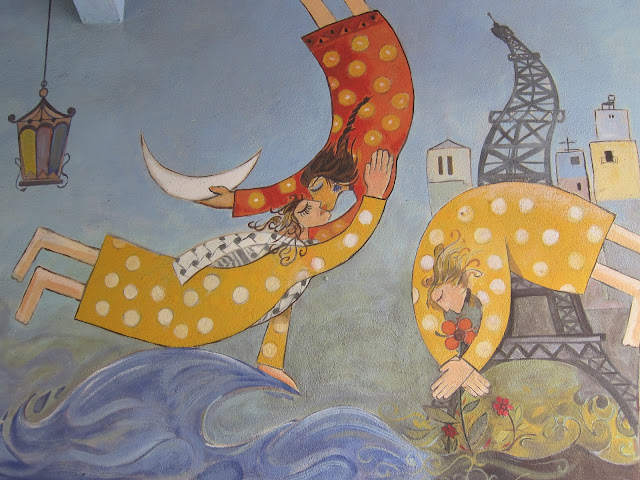 During our stay we had a few very good meals in the restaurant L'epicerie & Cie on Zola Square which actually reminded me a lot L'epicerie Strasbourg. I wonder if they have anything in common besides their names. It is a fancy but not so expensive hip restaurant serving modern local cuisine for lunch and dinner. Also, if you ever want to go out at night we had pretty good time at Le Capuccino which carries a fair amount of different kind of Belgian and German beers besides local wine varieties and offers good looking late night bar snacks. 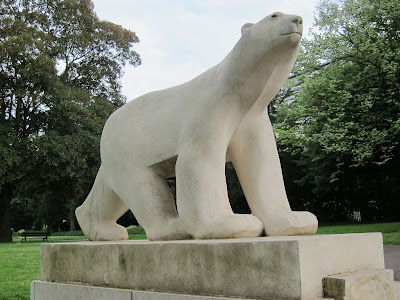 It was a surprise for me to see a copy of Ours Blanc of Francois Pompon which is one of my favorite sculptures of all time in Jardin Darcy, the first public garden opened in Dijon in 1880. This cement copy is made by another famous French sculptor Henri Martinet in 1937 as a tribute to Burgundian sculptor Francois Pompon. The original L'Ours Blanc which is carved from one piece of marble is on display in Musee d'Orsay, Paris.

Dijon is a foodie city... It's a good base for wine enthusiasts who want to explore the region with daily trips but also not to abandon the convenience of a city. 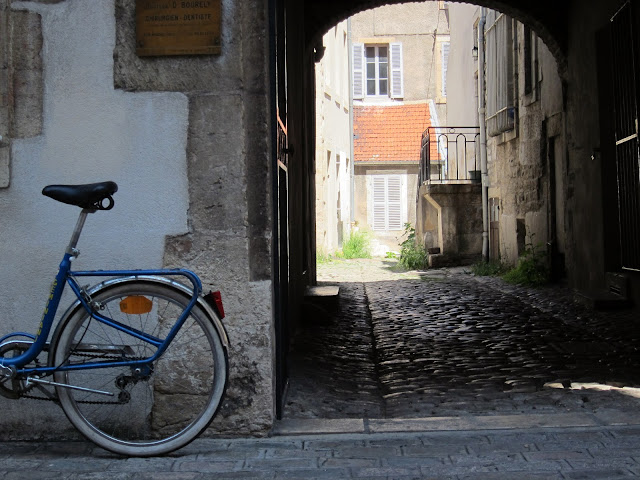