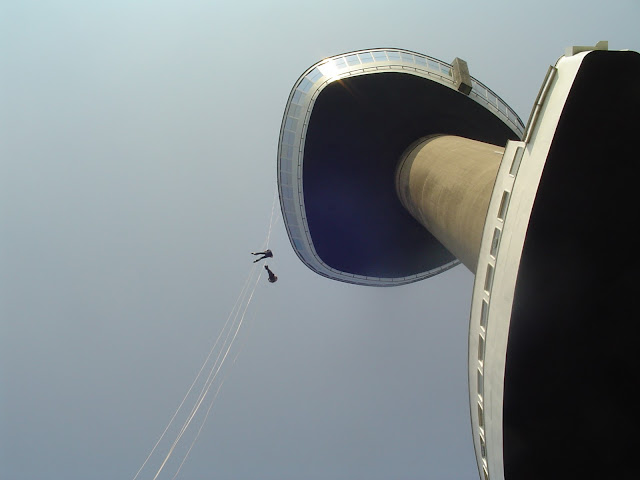 "Ik heb het lef..!" means "I have the guts..!" in Dutch. Yes, unfortunately that's what it was written on the t-shirt we bought after we repelled from Euromast, in Rotterdam more than four years ago.... We were so high on adrenaline when we touched the ground, we weren't even capable to think straight. So obviously we couldn't also think how cheesy and shameful the t-shirt was. 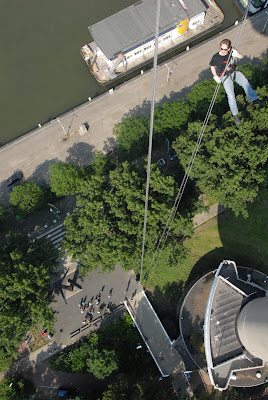 Actually I don't remember right now exactly whose idea it was and how we convinced each other to do this think but it was extreme fun and pure terror at the same time to repel from 112m (367 feet). The decline takes about 20 minutes and the moment you get over the first sheer panic and somehow manage to let yourself go every second after is pure gold. You should try to slow down and enjoy the breathtaking view. The park next to Euromast, gorgeous port of Rotterdam, canals and the city itself, all look amazing. A team formed by professional riggers and climbers named Height Specialists is running the operation starting in May every year throughout the whole summer. They take care of all the safety measures and talk to you through every step calming you down. There is another team member on the ground keeping the rope tight to slow down your decline in case you loose control of the rope and start to descend faster than you should for any reason. So you are pretty much covered. 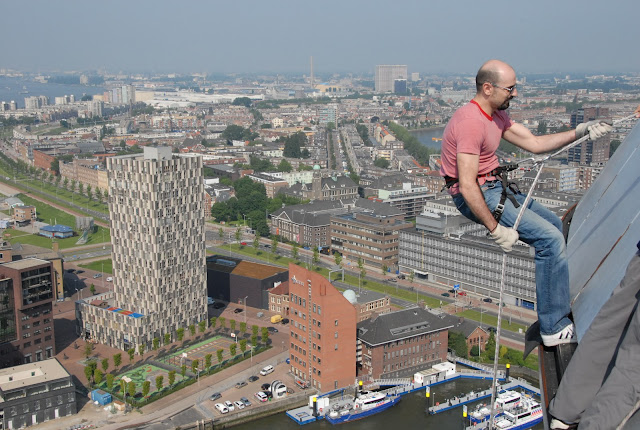 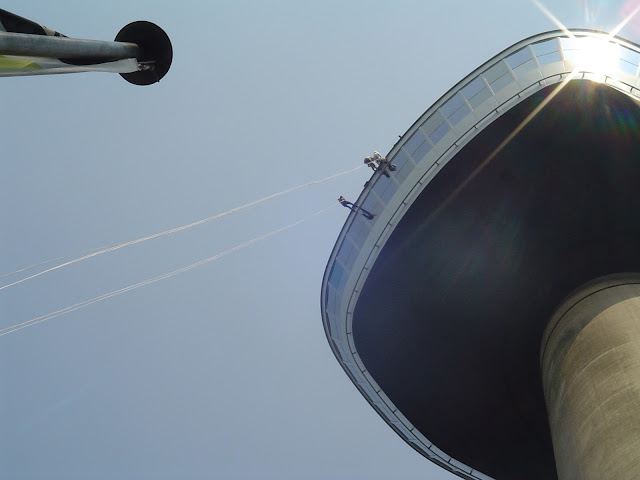 It is a good idea to go online and make your reservation before you show up there. Usually they are heavily booked and it is really hard to score a free spot the same day. If you happen to be in Rotterdam in summer and if the pictures make you feel a little bit excited you shouldn't think twice. Not sure about the t-shirt part though... 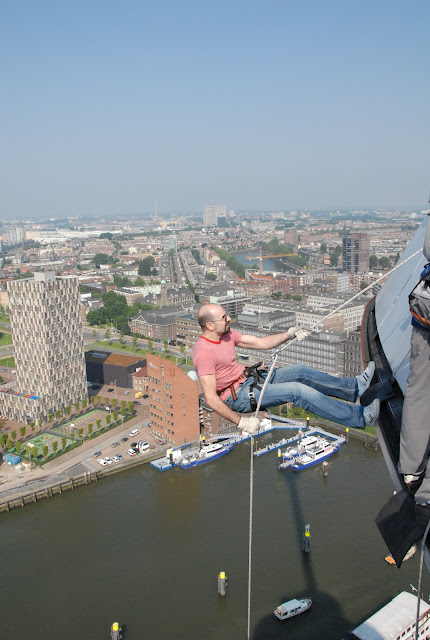