a city carved from stone and wood... 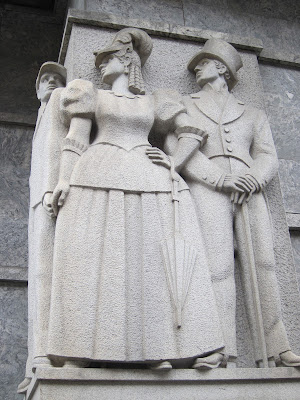 Even in a few blocks after leaving my hotel I couldn't believe how many sculptures I saw. I am not talking only about the statues of historical figures, kings or saints. Every corner of the city is adorned with beautiful sculptures. They make you feel good and put a huge smile in your face all day. Actually my admiration to the aesthetic details of Oslo started when I first landed at the airport. Gardermoen is one of the most beautiful airports I have ever seen. Especially after seeing the same white, tent like airport buildings over and over everywhere around the world this place was like a huge architectural statement. The combination of wood, metal and glass, the use of big spaces, the ease of orientation and of course smiling officers... Everything was very welcoming and relaxing. 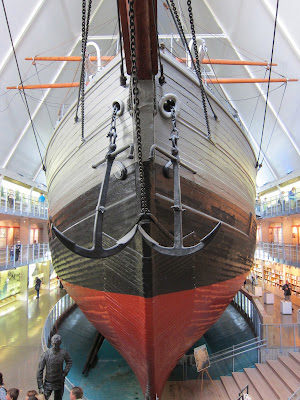 After my meetings at National Theater I had two full days to explore the city. It may sound like a lot of time but believe me it's not enough for Oslo. The city offers tons of museums, architectural landmarks and sights you wouldn't expect from a small place with a population just over half a million. Bygdoy Peninsula hosts five museums and can be easily reached with a pleasant ferry ride from Radhusplassen. My first stop there was the Maritime Museum which is a quite interesting place to follow Norway's integrated life with the ocean throughout the history. But I have to say I was so overly excited to cross the street and see the Polar Ship Fram I rushed it a little bit. For so many years I was obsessed about Fram. I even had a small scale model of her on my desk when I was a kid. When I walked in the Fram Museum and saw her right there I literally squeaked out loud... She was standing in front of me looking like ready for her next expedition. The building is simply built around the ship. There are two high galleries around her where you can stroll around a big exhibition about Norwegian explorers like Nansen, Amundsen, Sverdrup and Wisting and their glorious expeditions with Fram. From the top gallery you can walk in the ship and get around the rooms. Simply fantastic... I couldn't be more satisfied. After dragging myself out of the museum shop I walked to Kon-Tiki Museum next door. As you will remember Kon-Tiki is the famous raft used by Norwegian scientist Thor Heyerdahl in his legendary expedition from South America to Polynesian Islands in 1947. The museum is dedicated to Thor Heyerdahl, his expeditions and his life time work. It's a quite interesting and inspiring place... 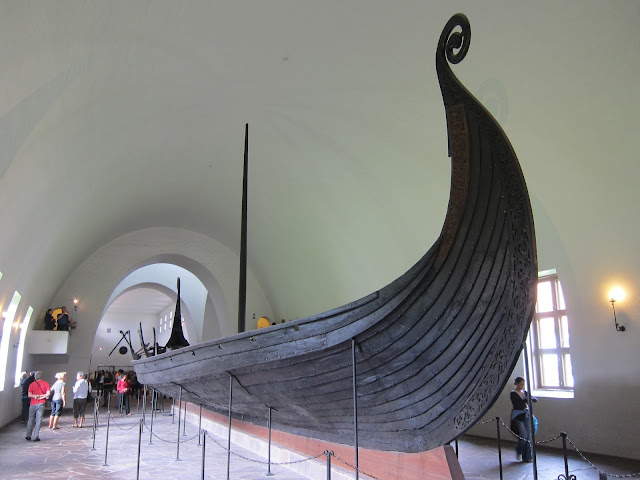 When you are done with all of the three museums even if you are feeling deadly tired you have to walk up the hill and visit the Viking Ship Museum. The museum houses three ancient viking ships in almost perfect condition uncovered from burial grounds at the end of 19th and the beginning of 20th centuries. Hard to believe that they are not replicas. Fascinating... I have to say I skipped the Norwegian Folk Museum and took the ferry back to the city to use my time to visit the Oslo Opera House. As another architectural wonder of the city and the home of The Norwegian Opera and Ballet the building looks like a glacier slowly sliding to Oslofjord. You can climb up to it's roof from the raked facade and watch the city from there. Another very impressing beautiful building making the city look like an open air art and design museum. 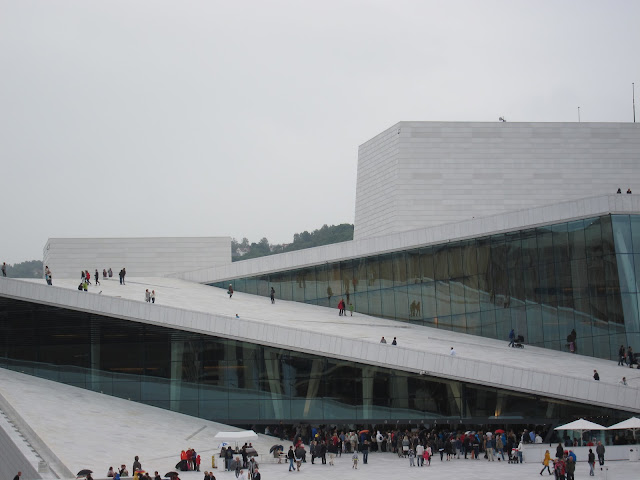 The second day started with a quick visits to the Cultural Historical Museum, Akershus Castle and Norway's Resistance Museum which is also located in the same fortress with the castle. I enjoyed the resistance museum the most among them. Impressive resistance story of Norway throughout the second world war told in every detail in a nice layout. 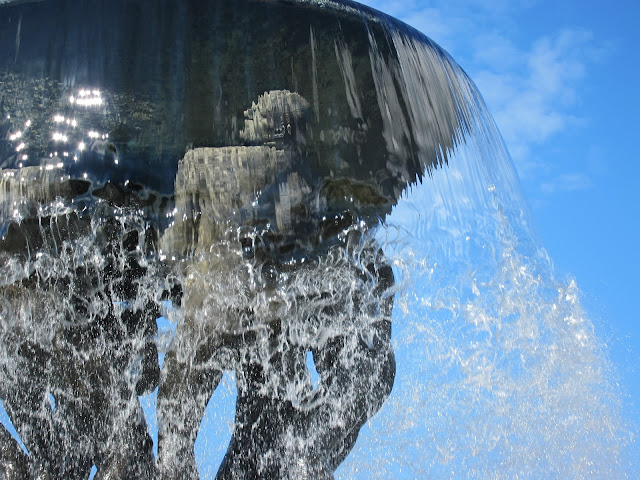 When I arrived Vigeland Park later in the day I wasn't planning to spend too much time there. I had other plans for the rest of my day but they all changed when I walked in the park... I simply couldn't believe my eyes. Gustav Vigeland created literally one of the most beautiful places I have ever been in my life. Absolutely breathtaking... I spent hours there wandering around the sculptures totally stunned. I am planning to post pictures just from the park as a separate post as soon as I have time to sort them out. The entire park is designed by Gustav Vigeland and covers 80 acres and hosts 212 sculptures by him. It is very hard to describe the whole experience but I can easily say that it can be a reason to visit Oslo by itself. I am looking forward to see this place again hopefully under snow when I am back in Oslo in November. Just plain beautiful... 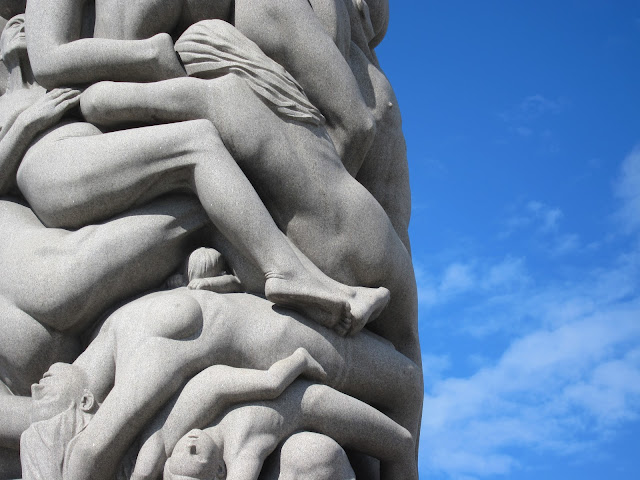