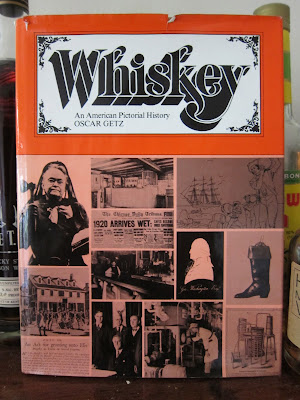 I found Oscar Getz's book by coincidence when I was browsing books aimlessly in one of my favorite book shops in New York City, Argosy Book Shop. The book is signed by Getz in Chicago right after it's been published in 1978 to his publisher. A great collection item... Oscar Getz was a businessman from Chicago who got in whiskey business right after prohibition and was involved in every branch of the industry from distilling to trading till he died in 1983. After a small research online it wasn't hard to figure out that he was a memorable and charming character for people around him. Even the name of The Barton Museum of Whiskey History in Bardstown, Kentucky which was actually based on his private collection was changed to Oscar Getz Museum of Whiskey History after his death. 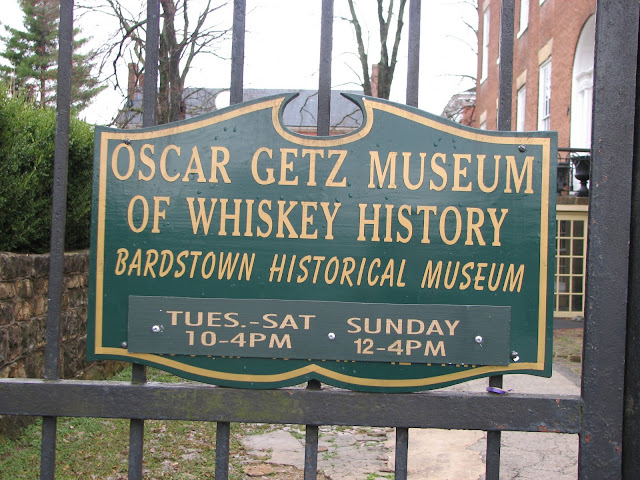 It's a beautiful black and white book covering all the stages of American whiskey history from the Pilgrims to late 1970's. A big portion of the book consists of facsimiles of old prints, drawings, newspaper articles, ads, documents and photographs which can be seen actually in their original state in the museum. Besides those visuals Getz adds very interesting statistics and details especially about the historical and business side of the industry which he is an expert of. I would call this book a whiskey encyclopedia instead of a whiskey book. A fun and enjoyable weekend read with a glass of bourbon to accompany with. I don't think that there are new editions of the book and the only way to find a copy is contacting specialized second hand booksellers or collectioners. But on the other hand it sounds like a very good idea to visit the museum instead as a part of your Bourbon Trail in Kentucky. 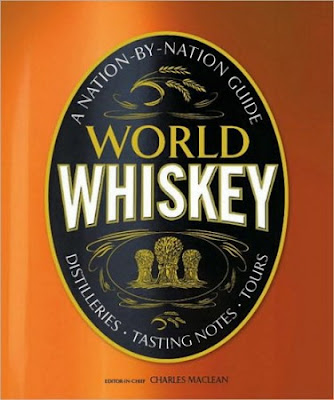 This book is a project brought the most respectable names of the whiskey publishing together. It is a collaborative effort put together by Dave Broom, Tom Bruce-Gardyne, Ian Buxton, Charles Maclean, Peter Mulryan, Hans Offringa and Gavin D. Smith. We are all very familiar with these names. I already wrote about their other books on this blog before and whiskey geeks know their names from blogs, magazines and several whiskey festivals and events. This book is targeting especially our sense of sight. I have to say the whole book is adorned with the most beautiful photographs I have never seen before. It's a perfect visual collection of different expressions of distilleries and blending houses from all over the world with short but right on spot, very satisfying notes attached to them. I also appreciated the amount of pages allocated to Japanese whiskies and whiskies from other parts of the world. In a random order essential information about whiskey types, production, tasting, flavors, distilleries, etc. are scattered throughout the book. I am very curious how all these names worked together on this project. It sounds like fun time spent together.

I really love this book... I find myself so often taking the book from it's shelf and leaf through aimlessly and having great fun when sipping a dram. These writers know for sure how to make a book attractive and addictive. It is a great visual catalog/reference book for the whiskey geeks and a compact encyclopedia for the beginners. The book already took it's permanent space on my bookshelf next to Michael Jackson's "Whisky" and Dave Broom's "The World Atlas of Whisky". Kudos to Charles Maclean pulling off a great job as the editor in chief. Highly recommended, especially for new whiskey enthusiasts and whiskey bars who wants to keep a reference book for their curious customers... 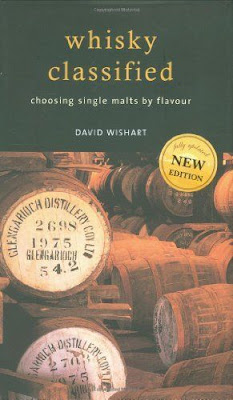 Although it is a fairly old print I consider David Wishart's book a very important reference for single malts. First published in 2002 Whisky Classified is one of the first books or maybe the first one categorizing the single malts by their flavors. I have the 2006 edition of the book and most of the expressions mentioned in the book are outdated but unlike other whisky books it doesn't matter that much. Since Wishart's book is based on a system focusing mainly on general flavor profile of the distilleries instead of individual expressions it is still a great reference book to compare and classify the single malts. He created basically two different flavor categories. The first one has ten simple clusters labeled from "A" to "J", "A" being the most sherried, full bodied extreme of the spectrum and "J" being the most peated, medicinal and pungent extreme of the scale. Second category grades every distillery from one to four in twelve different flavor profiles. These twelve profiles are: body, sweetness, smoky, medicinal, tobacco, honey, spicy, winey, nutty, malty, fruity and floral. It sounds complicated but I assure you it's not. On the contrary it's one of the most efficient categorizations made for whisky I am aware of. Actually it is pretty similar to Dave Broom's "Flavor Camps" idea mentioned in his book "The World Atlas of Whisky" which elevates the Wishart's concept to a different level. Whisky Classified is a great reference book especially for new whisky enthusiasts who want to improve their palates by tasting new whiskies without any surprises.
whisk(e)y whisk(e)y books