I have to admit I feel pretty damn lucky after attending two whisky festivals in one week. New York Whisky Fest on Tuesday, November 1st and Oslo Whisky Festival the following Friday and Saturday. Actually like I posted here before, I was planning the Oslo trip since I met the founder and the organizer of the Festival Chris Maile in August. I contacted him as soon as I arrived Oslo last Thursday and got all the info about the "warm-up" parties. After a quick dinner I was on my way to meet the gang. First stop was Dr. Jekyll's Pub one of the two official whisky bars of the Festival. Dr. Jekyll's is an amazing whisky bar with an incredible selection. I don't know if you can see in any bar in the world white, gold and black Bowmore, Highland Park 1964 and 1968 and Gordon and MacPhail Glenlivet 70yo on the same shelf. Mind-blowing... I met there Chris Maile, Mickey Heads, distillery manager of Ardbeg and Alex Robertson from Chivas Brothers with many other local whisky enthusiasts. Peter Dahl from Dr. Jekyll's was beyond belief hospitable to us. I would like to thank him again for that amazing night... We moved after a few drams to The Whisky Bar which is the other official bar of the Festival where Martin Markvardsen from Edrington Group and Darragh Ryan from Jameson joined us. To be honest I wasn't really planning to be out that late the night before the Festival but it happened... It was absolutely fun. 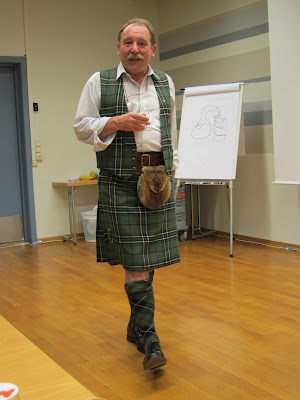 Since we were scheduled to attend Charles MacLean's master class the first day we didn't have too much time to spend with the exhibitors and decided to leave our table visits to the Saturday but I had a really positive first impression about the Festival. First thing that really drew my attention was that everything was looking less corporate. The whole event was looking like a festival rather than a convention. Because the alcohol brands are not allowed to advertise their products at all in Norway there wasn't any banner, flyer or video anywhere. The tables were labeled only with the names of the distributors printed on a letter size paper. Second remarkable detail was that the crowd was incredibly young compared to any other whisky event I have been. It was so nice to see young people showing a serious interest to whisky.

Like you can read from my earlier posts the master class with Charlie MacLean was a blast. We left the venue with a huge smile on our faces and showed up back next afternoon to taste other expressions the brands were offering. Saturday's surprise for me was finally to have the chance to meet Ingvar Ronde. He was signing copies of his Malt Whisky Yearbook 2012 and we had a short but very nice chat. But unfortunately he was in a rush and leaving to catch his flight. Also many thanks to David Francis from William Grant & Sons for rare Glenfiddich samples and to Martin Markvardsen from Edrington Group for Highland Park treats. At the end we ended up sampling a good amount of whisky and making new friends. From my notes I kept throughout the Festival I can see that I really enjoyed Glenfiddich 15yo new wood finish and refill wood cask samples, Kilchoman The Inaugural 100% Islay Edition, Yamazaki 18yo, Highland Park 30yo, Chivas Regal 21yo and Ardbeg Blasda. 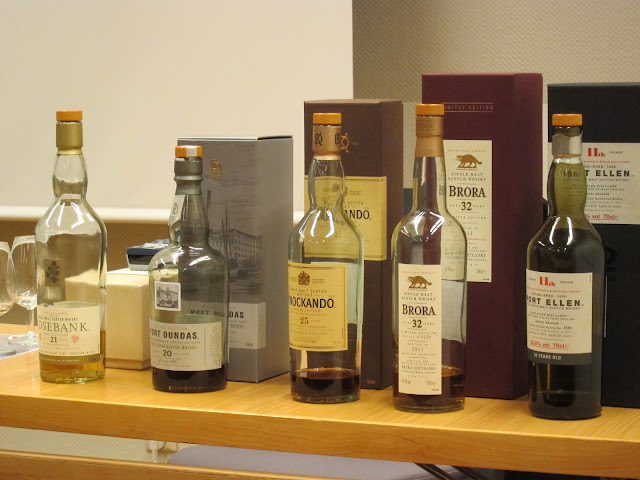 So, Oslo Whisky Festival is over and I am back to work... We will be performing three shows this weekend at National Theater in Oslo and then continue the tour to Toulouse...
oslo whisk(e)y
Location: Oslo, Norway