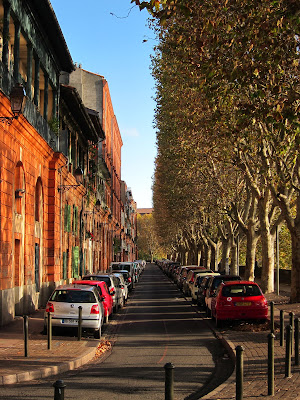 Usually after spending a certain amount of time in a foreign city on tour I suddenly start to feel pretty confident, oddly enough not like a tourist anymore. I don’t know exactly when that moment comes, it changes from city to city. It doesn’t depend how big the city is, how much I know about the culture or how capable I am with the language. It’s a different thing. Maybe it happens after I realize that I am not looking at my map every cross section anymore or that I can use the transportation system without getting lost. But this time it didn't happen in Toulouse. I couldn't get along with the city that well. It's not a big or complicated city but puts it's boundaries between the visitors and locals very stiff. Don't get me wrong, everybody is very friendly, helpful and nice but at the end you are just a visitor. Anyway, in spite of all I think at the end of our stay I managed to put a decent amount of useful info together for travelers who are planning to visit Toulouse in near future. 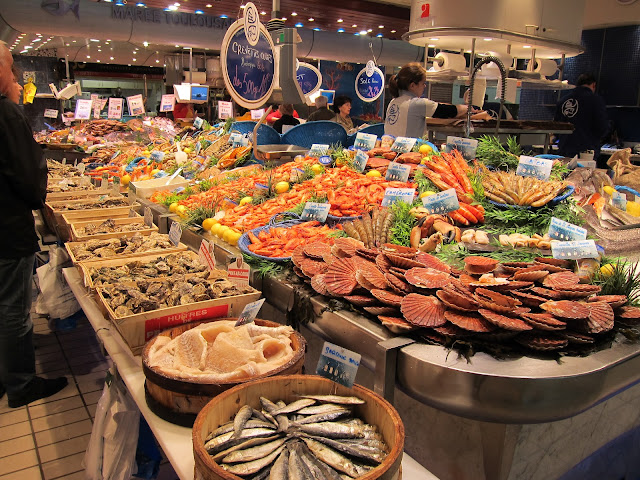 Toulouse also known as La Ville Rose (pink city) because of its pink brick buildings is a heaven for foodies like any other French city. The food markets are all over the city. They open very early in the morning but start to fold also early, shortly after noon. So, if you want to visit one of them you better wake up early and show up at the market not later than 9AM before the best stuff gets sold out. I think the best part was purchasing several things for your breakfast and eating right there at a bar counter in the market with a glass of crisp white wine. I have to say, nothing beats starting the day with a glass of chilled good wine, fresh baguette, goat cheese and some duck terrine. Marché couvert Victor Hugo is the biggest food market in the town and also houses bunch of restaurants at it’s second floor serving lunch only till around 2PM every day except Mondays. The place is getting stormed by locals. We have been at the seafood restaurants Attila and Au Bon Graillou up there during our stay and everything in the menu was well priced and delicious. It is an experience you don't want to miss. 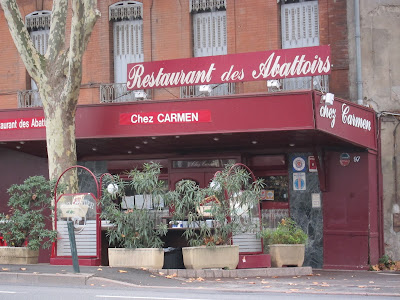 Another very satisfying culinary experience was visiting the restaurant Chez Carmen on the west side of the river La Garonne across the street of Les Abattoirs, the acclaimed modern and contemporary art museum of Toulouse converted from the slaughterhouse complex of the city. We had two amazing dinners there including our Thanksgiving dinner. Whatever we ordered from the menu was superb: black pudding, lamb chops, rib eye steaks, steak tartare... Everything was cooked to perfection and served in a very simple way. I think if you are going to choose one restaurant in Toulouse Chez Carmen should be the one. Definitely on top of my list. Make sure that you have a reservation before you show up there. It’s a pretty busy place. 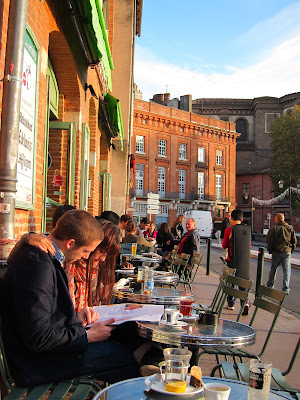 Café des Artistes is the perfect spot for having a lazy afternoon coffee and/or pastis while watching the beautiful sunset over the river La Garonne with the locals. Also if you want to have a nice distraction for one of your meals I highly recommend the small and cute Argentinian joint Empanadas Argentinas on Rue des Gestes. You won't be disappointed. Keep in mind that you are in a city which cuisine is based on it's famous duck and goose breeds. Don't even think twice before tasting their duck and goose specialities anywhere, especially foie gras and cassoulet in restaurants.

Armagnac is the local spirit of the region. It’s a grape brandy distilled and aged in Armagnac region in Gascony which is only an hour west of Toulouse. I had the chance to taste quite a few great expressions and to learn about it’s distilling and aging process. I will be posting separately about Armagnac and some tasting notes in coming days. Domaine de Lastours, La Cave Spirituelle and Busquets are great stores in the city for browsing and purchasing top shelf wine, armagnac and other local spirits if you want to bring back a few special bottles. Also La Maison on Rue Gabriel Péri and Le Tireuse on Rue Pargaminiéres are two great bars in the city we enjoyed a lot. Nice places to hang out after your dinner for a drink or two. 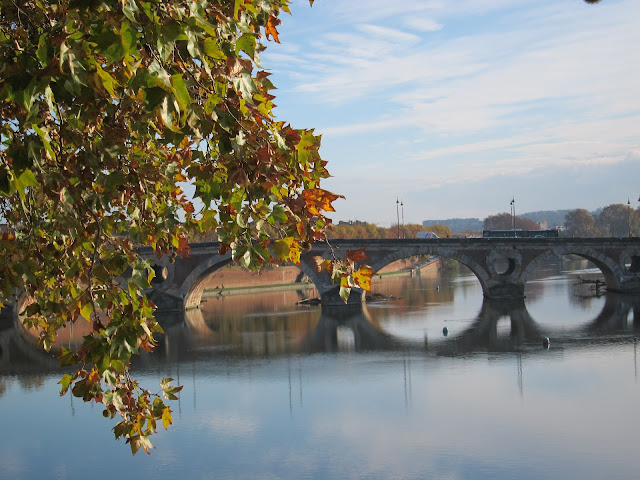 Among many cathedrals, churches and museums in Toulouse Museum of Resistance and Deportation, The George Labit Museum, L'Hotel Pierre d'Assezat and Les Abattoirs were the highlights for me. Finally a few observations and remarks about the city I like to draw your attention to: 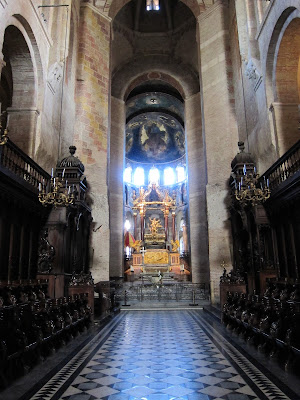 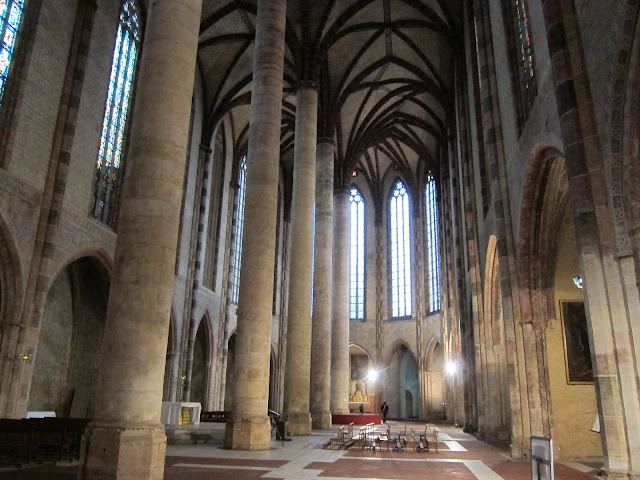