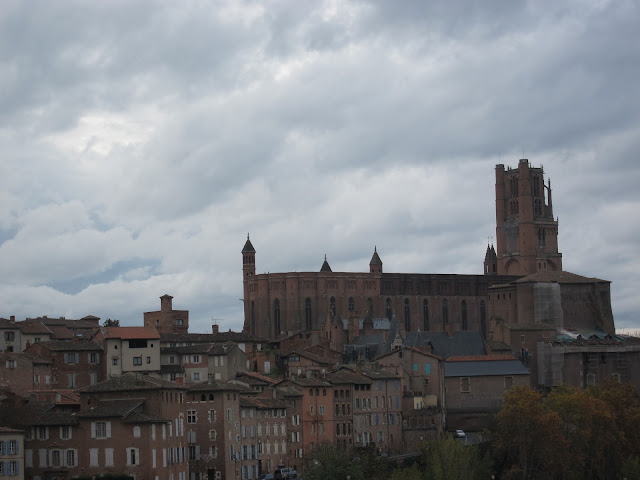 There are quite a few small towns you can reach from Toulouse easily within hours. Unfortunately we had only one day off and we chose Albi. It takes only an hour from Toulouse Matabiau train station to Albi and almost every half an hour there is a train you can hop on. The weather was overcast with slight drizzle when we arrived the city and wasn't looking promising for the rest of the day. I knew that most of the shops will be closed since it was a Monday but I certainly didn't expect a ghost town. The city center was looking like 6AM on a Sunday morning. Everything was closed. After a short period of panic we confirmed at least that we can get in Saint Cecile Cathedral and Toulouse-Lautrec Museum. 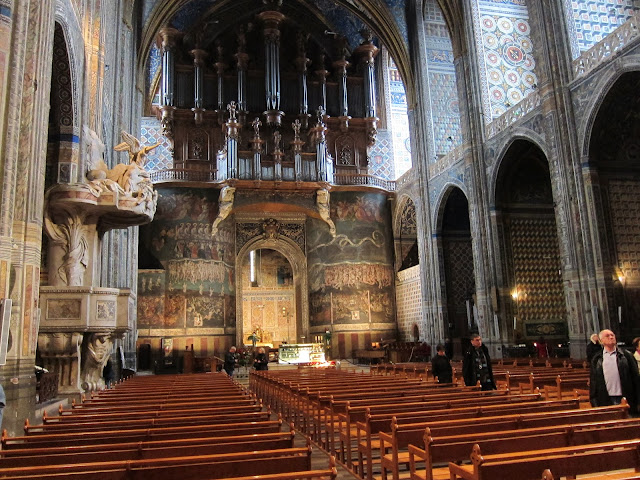 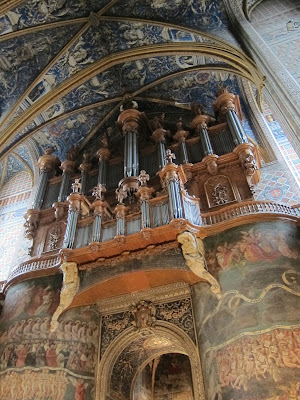 Since you get out of the train station the Saint Cecile Cathedral draws you like a magnet. The size of the building is so ridiculously huge it makes everything else around it look like one of those crazy detailed scaled down city models. When you get closer to the building it gets more and more unreal. You start feel like being in a set of a fantasy movie. It's claimed to be the largest brick building in the world. The construction started in 13th century and lasted for almost 200 years. We spent literally hours in there examining the incredible details of it's gorgeous fresco of the last judgement made by Flemish masters originally covered nearly 2,200 sq ft. It is partially destroyed to give access to the chapel in the base of the bell tower. With it's one of a kind choir and rood screen, treasury chambers, huge organ built in 18th century and countless wooden painted sculptures the Cathedral was one of the most fascinating buildings I have ever been in. 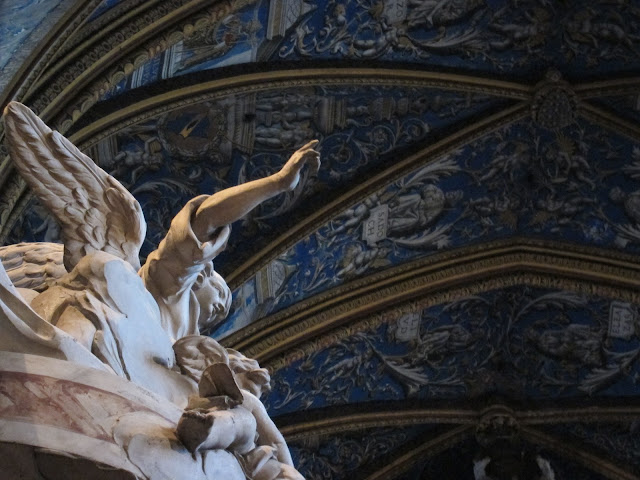 The Toulouse-Lautrec Museum is situated right next to the Cathedral at the palace adjacent. The museum is dedicated to the legendary artist Henri de Toulouse-Lautrec born in Albi in 1864. After his death in 1901 when none of the Paris museums showed any interest to his works and his mother decided to donate everything to the city of Albi and the city started to exhibit his works in this building. After UNESCO added Albi to list of World Heritage Sites in 2010 the city finally could have the necessary resources to work on the building, to modernize and expand the exhibition halls. Even if you don't have any special interest in Toulouse-Lautrec it's very impressive to see all his work under one roof. It is kind of exciting to realize how all the images he created were deeply carved in our brains. Every work was reminding me a song, a documentary, a scene from a movie or a Moulin Rouge poster from a friend's house. 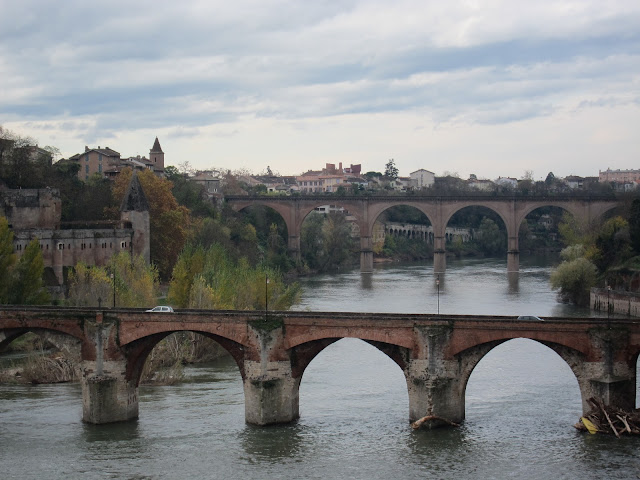 Like I mentioned above unfortunately the majority of the shops and restaurants were closed. I was especially frustrated not to be able to visit the famous closed food market Marche Couvert but had a great lunch at the restaurant located right at it's basement. The sight of the river Le Tarn and of the buildings at it's banks from the bridges Pont-Vieux and Pont du 22 Aout 1944 was definitely gorgeous. We head back to the train station to go back to Toulouse when the sun was setting down at the horizon after a very satisfying day. 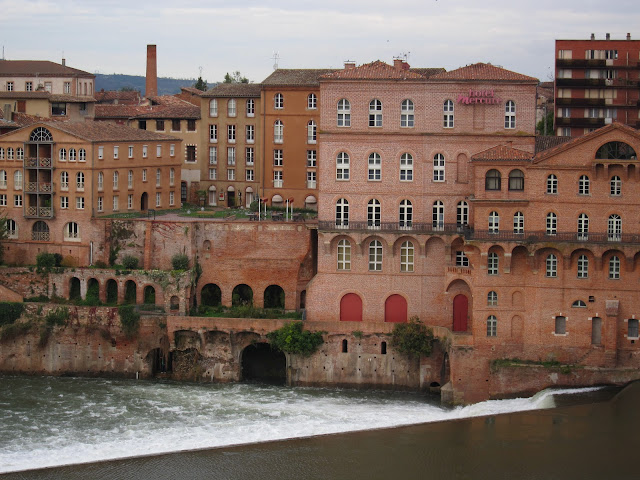 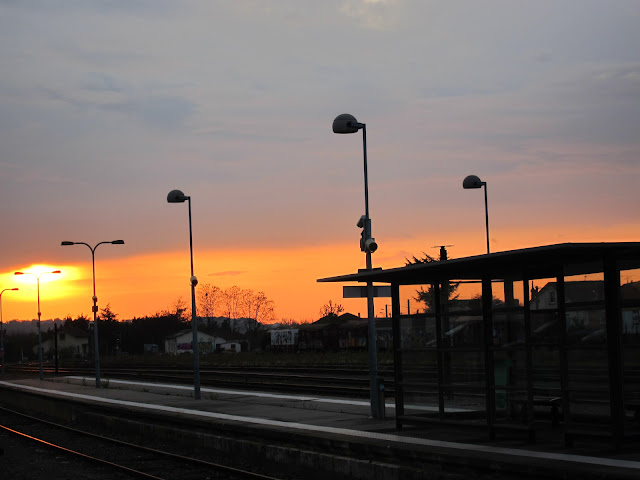