sprawling on the fringes of the city... 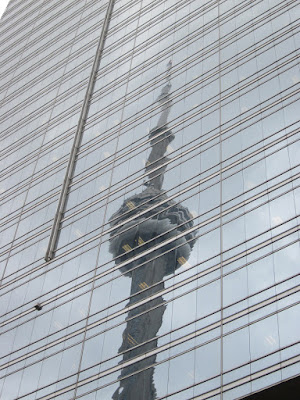 For all my teenager years I knew Toronto only as the hometown of Rush and I am going to admit that I was still carrying that excitement a little bit when I arrived at YYZ. But in spite of all my thrill I couldn't carve out enough time around our hectic schedule to explore the city. We did try to make the best use of a few hours we had early in the mornings and late at nights though. So, I am not in a position to give a proper review of the city but will try to name a few places we had good time at.

If Toronto is the hipster capital of Canada like everybody says the headquarters must be somewhere on Queen West Street. It is a pretty long stretch of designer shops, restaurants, bars, cafés and art galleries. Following blogTO's suggestion our first night we ended up at the Vietnamese pho restaurant Pho Tien Thanh at Queen West and Ossington and it was spot on... We had quite a blast.

A few days later we also had a really good experience at Swan Restaurant which was looking like one of the most popular places to have a breakfast around the neighborhood. It is very hard to ignore a place with a long line of locals outside waiting for a table. After a short wait we were lucky to get our table and I have to say it was worth the wait out in the cold. Smoked trout eggs benedict were superb and the coffee was the best I had in town. Another good place I like to mention around the neighborhood is Communist's Daughter. It's an incredibly small but popular bar with a nice crowd and good music selection. It reminded me small hidden bars of Berlin. 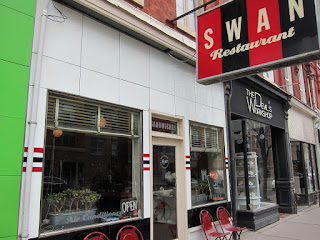 Earlier in the week another breakfast stop was the upper floor of St. Lawrence Market. Food markets always have been a great fascination to me. I cannot imagine a better way to start my day early in the morning walking into a food market and wake up all my senses with countless of aromas and colors. It wasn't as vibrant as its European counterparts but we had the chance to get the famous peameal bacon breakfast sandwich and stroll around the vendors dispersed on two floors. 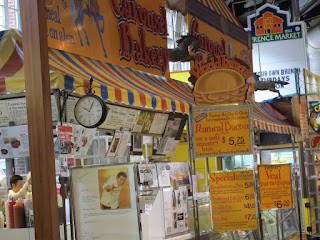 On our last day we also managed to pay a quick visit to Steam Whistle Brewery. They occupy half of the John Street Roundhouse which is a renovated locomotive roundhouse right in front of CN tower and Rogers Center. The tour wasn't that much interesting and/or informative and their image is a little too hipster but they sure brew some tasty beer. It is a crisp czech style pilsner very similar to Pilsner Urquell you wouldn't expect to taste in Canada. Strongly recommended if you spot some on the shelves in Summer months... 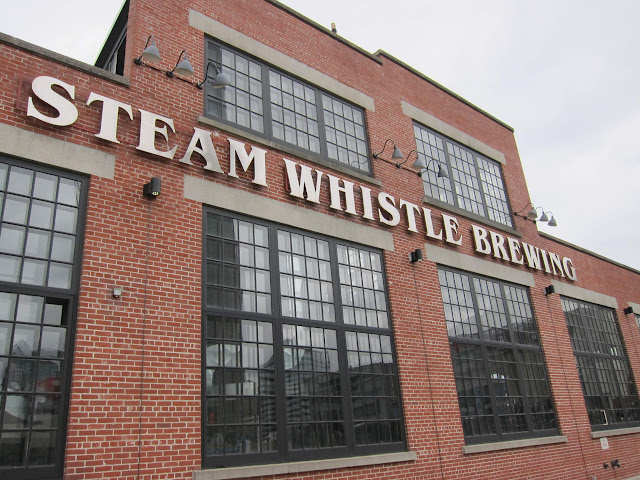 We also rushed through famous Kensington Market one morning, which is basically the Toronto version of Venice Beach only fifty degrees colder. Our timing was a little off though. Forget about opening their shops, nobody wakes up in that neighborhood till noon... A short visit to Ydessa Hendeles Art Foundation was great. Their venue is actually more like a museum than a gallery and presents a small but very carefully curated and nicely presented selection of contemporary and modern art. 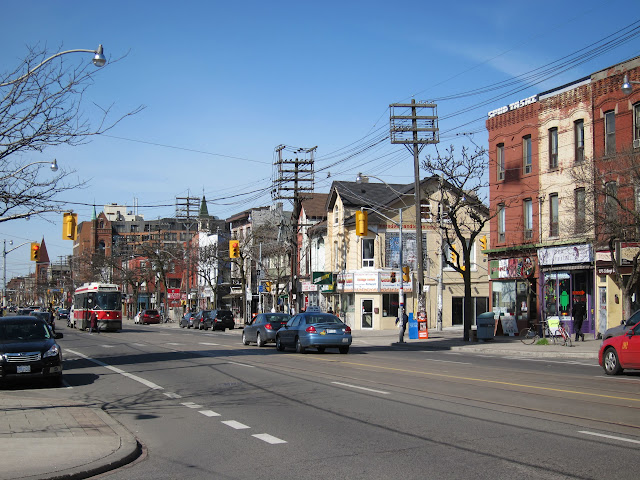 At the end I am pretty disappointed that we couldn't spend enough time in the city. There were so many art institutions, landmarks, restaurants and bars I wanted to visit. Hopefully next time...