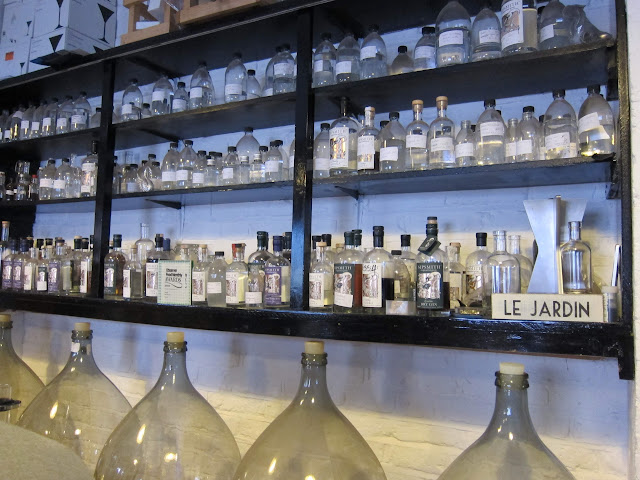 Sipsmith London Dry Gin caught my eye first at The Swan bar in Stratford-upon-Avon when I was scanning their spirit shelf hoping to find something interesting or something that I didn't taste before. Usually when it comes to locally distilled spirits I don't think twice and that's what happened that night as well. I have to say I liked their dry gin pretty much. Later I figured out that the spirit is produced in a small distillery located in Hammersmith in London which was literally in walking distance to the venue I will be working in the following month. So, I decided to visit them when I am back to London.

In following weeks after I arrived London I realized that actually Sipsmith has a pretty hip image in London, more like the Kings County Distillery of Williamsburg. Their products are not cheap but distributed pretty good to the local pubs and restaurants wisely chosen for their popular image. Even their distillery tour was completely sold out… Since it was my last week in UK and last chance to visit them I literally had to harass them by emailing and calling a few times in a week to get in. Fortunately they were kind enough to accept us to the tour. I would like to thank them here for their hospitality... 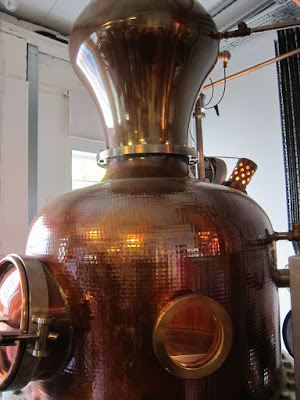 That evening we found their address after a pleasant walk in the narrow streets of Hammersmith, met with the other spirit enthusiasts in front of the blue door of the distillery, greeted by our tour guide James and walked in. It is an unbelievably tiny space where they could barely fit their beautiful German still which is custom made for the place so it can operate under a pretty shallow ceiling. Besides that you can see in the room a table for the tasting, sample shelves, a simple office set-up and scattered industry publications but this is pretty much it. Here is the best part: We have been told there that this tiny space used to be the office space of the great Michael Jackson..! Isn't it something? As a whisky person it totally blew my mind! I found it totally fascinating... 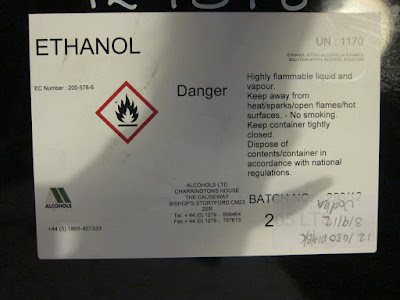 Now, listen to this: After we have been served our gin-tonics and the presentation started I realized that the big black steel drums in the room we were using as tables were 205lt ethanol barrels... Till that moment I was assuming that they were keeping their mash tuns and fermentation tanks in a different place next to the still room but no, they basically buy already distilled ethanol from Alcohols Ltd. Apparently it is not an unusual procedure for gin producers but somehow I didn't expect it from a label whose image was based on being local, releasing small batches, being  a part of the new artisanal distilling movement, etc. At least they specify their outsourced ethanol to be distilled from 100% English barley. So it is not a non-specified grain alcohol. Basically what they do is they buy 96.5% abv ethanol, dilute it to about 60% abv and distill again to 96.5% abv. The trick is at the end of the (re)distillation Jared Brown, their master distiller decide when to collect the heart of the distillate this time. Foreshots and feints are fed back to the still. The new 96.5% abv end product is watered down again back to 40% abv but this time with locally sourced Lydwell Spring water and then it is bottled and labeled...

I can totally see this method working for the gin production. There are all the unique botanical infusions involved with the gin re-distilling process but they also release vodka which didn't make a lot of sense to me. Because with vodka distillation what they do is just re-distilling the ethanol they purchased by setting the cuts more selectively. Like I said I know that they are other spirit companies all over the world working this way but I didn't see anybody before marketing it as a unique process. 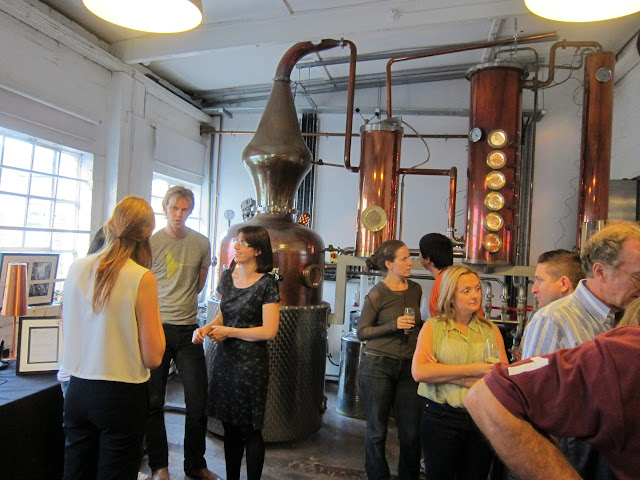 So, does it make the product less good? Not at all! Their gin is still superb. Great nose with juniper berries, orange peel, rosemary and citrusy notes. Palate is even more fruity with orange zest jam notes and has some spiciness with coriander seeds and anise which I really enjoyed. Finish is a little harsh but rounded with sugary notes. Perfect in a gin-tonic. On the other hand their vodka is pretty smooth and easy going with enjoyable spicy notes but I am not the right person to rely about vodka anyway. Oh, they also release a yummy botanical liquor called Summer Cup as an alternative to Pimm's we tasted that night. It's made of their London dry gin and has beautiful cardamon, bergamot and cucumber notes. Although it was very sweet for me to drink neat or on the rocks I can imagine how good it will taste in a cocktail. 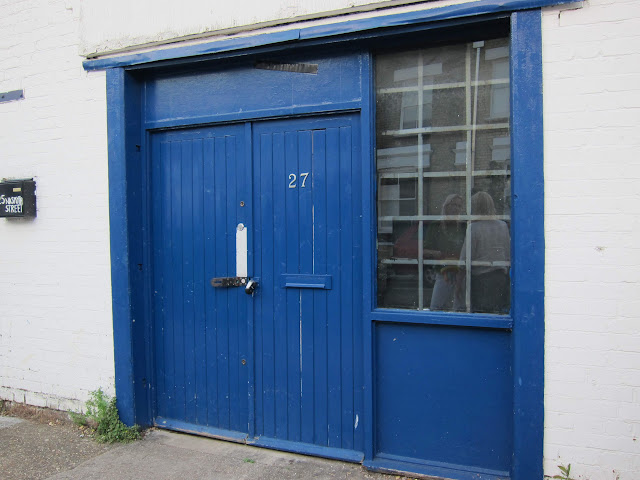