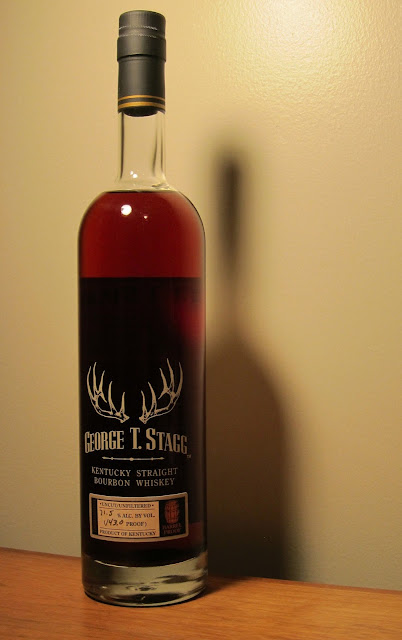 George T. Stagg Kentucky Straight Bourbon Whiskey (2010 release) (71.5%): A legendary bottling that makes every bourbon enthusiast shiver even when they hear its name... As a part of Buffalo Trace's "Antique Collection" it is released annually in very limited quantities and sold out nationwide almost in a few days. It is an uncut, unfiltered, cask strength, low rye - high corn mash bourbon named after legendary George T. Stagg who in 19th century built his distillery with E. H. Taylor now known as the Buffalo Trace distillery. This particular expression is the 2010 release. The whiskey is distilled in the winter of 1993 which makes it 17 years and 7 months old. Throughout 2011 it scored almost at every prestigious whisk(e)y blog/site and magazine over 95 points, got the Top Spirit in the World 2011 Award and announced as the runner-up of Jim Murray's Whisky Bible 2012 World Whisky of the Year Awards. I am glad that I could get a bottle that time and somehow managed to keep it till today. I guess it's time to uncork it... Color: Deep mahogany, chestnut honey color with a red twinkle when hold against the light. Nose: It is pretty hot when nosed neat... Fried plantains, ripe baby bananas, cloves, star anise and pomegranate molasses. Adding water starts the crazy parade: vanilla pods, spearmint, banana cream pie and bergamot zest. Soft nubuck jacket, caramelized pecan, hard toffee candies and tons of oak. Layers and layers of aromas piled for perfection. Almost impossible to convince yourself to give up nosing this beauty and move on. Palate: An explosion of spices: cinnamon, cloves, nutmeg, sumac and mahlab. A few drops of water release the whole package... Eucalyptus leaves and dried sour cherries. Dark chocolate covered salted caramel bites, brown sugar and walnut jam. It has a dusty mouthfeel carried by Russian tea and toasted oak notes. Finish: After a while I started to think that it won't finish at all. Endless... Sweet spices, cigar tobacco, over-brewed black tea and dried chili peppers. Mouth drying and peppery. Overall: Hands down this is the most complex bourbon I ever tasted. Every whiskey lover has to experience this someday. I easily spent a full hour with it and every second was a total blast! Stagg is like the respected lonely elder in a small fishing village... He comes down to the harbor rarely but when he does to take a lonely walk, the youngsters behave themselves, the kids keep quiet, the older women start to giggle and the storekeepers greet him offering their best merchandise... He has seen it all and now enjoys the well deserved respect in his village... I am so glad that I finally opened this bottle. Cannot wait to share it with friends... 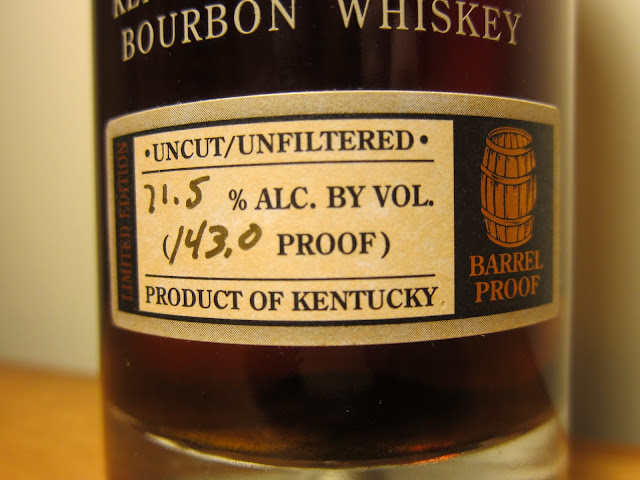