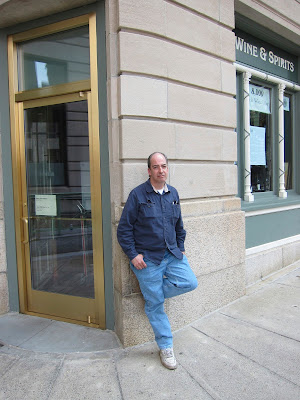 Last fall when I was hectically trying to finalize my move to the Boston area in an insanely short period of time I was also desperately trying to get every piece of information I could get from my friends in the whisky community before leaving NYC about where to go, whom to meet, what to follow—basically how to step into the whisky scene of Boston. Almost everybody told me: “Relax, don’t worry. Go to Joe, he will take care of you…”  After hearing the same phrase over and over literally the next morning after I officially moved to Boston I found myself standing in front of the narrow door of Federal Wine and Spirits. I walked in, introduced myself to Joe, immediately started to geek out about whisky for hours and voilà: I instantly made my first friend in Boston. Now going to Federal to chat about whisky and taste new drams every Saturday is a part of my routine… So, meet Joe Howell:

BK: First of all, what exactly does “Go to Joe, he will take care of you…” mean?  Why do you think that people are referring you like this?

JH: I really wasn’t drinking whisky when I started at Federal and whisky was kind of neglected because the store was really focused on wine. I was watching people going out of the door buying expensive bottles, smiling. With that smile they were going home to pull the cork or to give the bottle away to their loved ones. And that’s where I actually started to think about that smile more. In the meantime I started to taste some whiskies just coming into the US, older Scotches basically. They just blew me away and I knew after that there was no looking back, whisky it is…

To be honest I was being given a lot of opportunities and chances to try and taste things that a lot of people don’t get and that’s where I said: “Treat people the way you wanted to be treated,” and I started to look at the other side of the counter as well. The customer is the person who pays my salary and so many others, but they usually get neglected and they don’t get the opportunities to taste, try and enjoy different things. You are working way too many hours, you don’t have enough time, and when you do have a little to sit down and enjoy, you should be doing it. Any purchase to me is a significant one. Whether it is a $35 or a $1000 bottle, it doesn’t matter. That’s where gifts come in as well. It doesn’t matter what price was paid. I want them to think of the person that bought the bottle for them when they drink it, not just to have the bottle that they didn’t have to pay for.

Yes, the short side; that’s why it’s “Go to Joe…” I don’t always look at it as dry business, it’s a personal relationship with everyone. You can go to a big shop and grab a bottle from the shelf. That’s fine if you know what you want. There are a lot of stores selling whisky but if you are looking for something that’s going to be worth it I really want that happen and not just be a bottle of whisky. 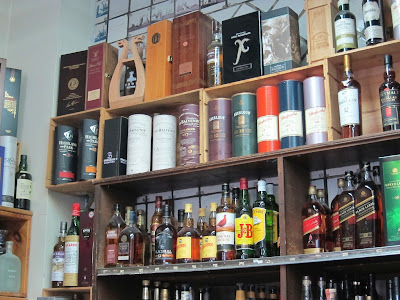 B.K: What is your take on the craft distillery movement? How do you see the future of it?

J.H: There are an awful lot of small distilleries working and we have seen a lot of good products coming out. I think it’s going to be a shake-up in a few years where the guys that are able to put a good product in the bottle and get it out to the market will continue. There will be also people who can make good juice but will have an issue with distribution. I mean right now I am sort of getting overwhelmed by a lot of the small distilleries. I like to support them all but we can’t. I do try to look at all the products but I’m also trying to figure out where the quality is and if it’s going to be a product or not. Now also bigger companies are looking at the smaller companies. And it is nice if you are able to make money in a situation like this. But I also think that it takes them out of the “craft distillery” and puts them in another category. Even if you are making a quality product it’s a very tough industry.

Steve McCarthy from Clear Creek said to me: “Joe, It’s been a little over twenty-five years and I am just starting to get comfortable with distribution.” And that says a lot… It’s not as easy as making a good product. To open a distillery is a lot of money, a lot of time, a lot of effort but even if you can get by those and have a good juice aging (if we are talking about whisky), it’s still a matter of getting your product out and continuing to do so.

B.K.: Do you have a tendency to favor the local producers?

J.H.: I mean, I try to look at it. I’d rather give the opportunity to a local guy but it’s more the juice in the bottle for me. I was really pleased when Bully Boy from Boston put a brown juice in the bottle because I was very nervous the direction they were going in. That gave me a little foundation, gave them a little foundation in my eyes. Because for a two year product I thought it was very nice and there was light at the end of the tunnel. One of the others that I really appreciate is Berkshire Bourbon. They are doing great work, it’s a really nice product and also local. I say to customers: “I don’t sell it because it’s from Massachusetts, I sell it because of the quality.” I love it that it’s from the state without a doubt but it’s the juice in the bottle that makes the difference. 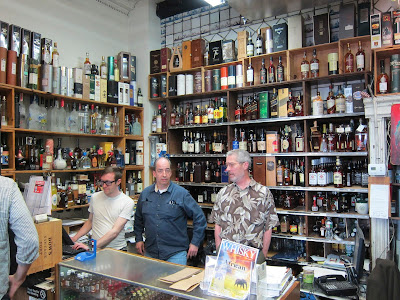 B.K: What was the most impressive and/or surprising dram of last year for you?

J.H.: First thing that comes to my mind, and I actually like what came to my mind for the fact that it’s not too pricy for a bottle, is Benriach Pedro Ximenez Single Cask. It was an outstanding bottle, great whisky, fair value and just a wonderful dram. Another bottle I really enjoyed was the Clynelish Distiller’s Edition. I was surprised to see it in US this year. I don’t think that a lot of people drink that whisky, I don’t think that it is seen a lot but it has a great price and I hope they will continue with it. It had a drier sherry cask finish and it worked very well.

B.K.: What is the most underrated whisky you have on your shelves you would like to encourage people to give a chance?

J.H.: There is an awful lot of those. I will name it again but the regular bottling of Clynelish is known by those who know but doesn’t get picked up and sampled by those who don’t. Not too many people steer towards it. It’s a great everyday whisky without a doubt. Also Benromach 10 is a great whisky with a great value which is not seen around enough. I think Glenfarclas has to ring the bell more on their 17 and 21 year old bottles. Great values, great qualities and you cannot go wrong with those. Cardhu 12 has also never taken off after it came back to US. It’s very nice dram.

B.K.:  What is the next bottle you will uncork at home? What is the mood you are in these days?

J.H.: That’s a really tough one… I do look at the weather and things like that but if I am in the mood I am in the mood. I am really looking to open a very nice Highland Park or Port Ellen or actually the Talisker 30 I have. I mean, this is the thing: I drink whisky. I don’t hesitate. Everybody should enjoy whisky and I only enjoy a little more than most of them.


*Originally written for and posted at The Alcohol Professor on June 26th, 2013.

[re-edited for tire-bouchon by Teresa Hartmann] 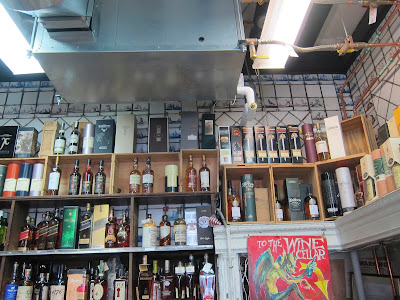