The Druid of Inman Square...* 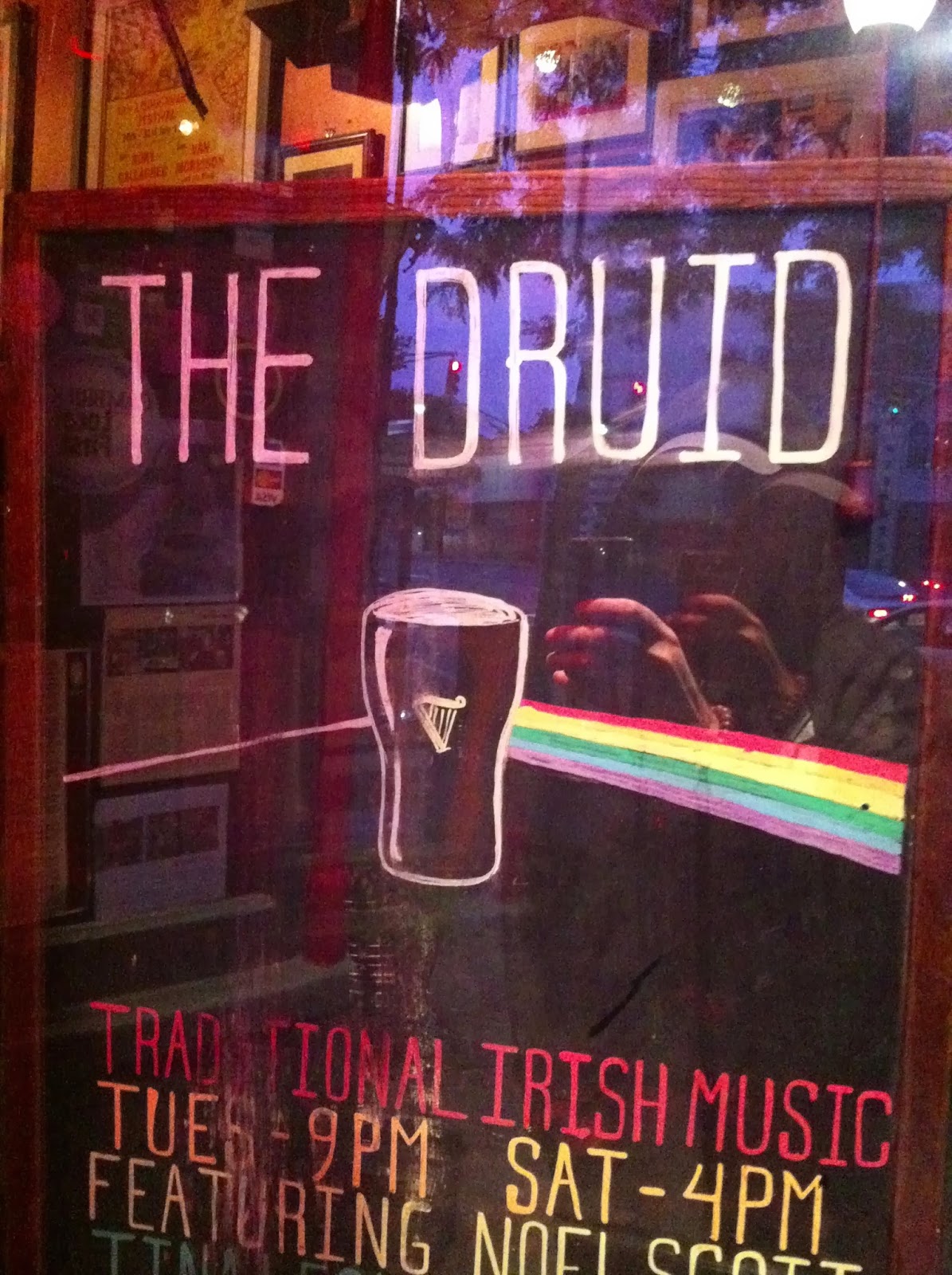 The first time I walked in The Druid and met its owner Mikey Crawford it was late September 2012, minutes after I signed my lease confirming my move from Brooklyn to Cambridge. It became my neighborhood joint right away. Since that day at 11AM every Sunday, when I am glued to the soccer game on the TV, Mikey puts the New York Times Sunday issue in front of me with a healthy dose of sarcasm “in case you are homesick…”

Sunday mornings are definitely my favorite time at The Druid: the best Irish breakfast in town with a gorgeous cup of Irish Coffee and a pint of Guinness with familiar faces and families with their children around.

To be honest there is no shortage of watering holes in InmanSquare and they all have their special attractions: good cocktails, new hip chefs who can make you drool on their menus in a second, and huge craft beer and whiskey selections. The Druid has none of those but has that homey feeling which makes a neighborhood pub a great pub and the pitch perfect Guinness pour.

I had a chance to have a quick chat with Johnny Blake from The Druid last weekend:

BK: How long has The Druid been in the scene?

JB: The Druid first opened maybe twenty years ago. The current owner, Mikey, bought the pub in June 2004.  So, coming up next year it will be ten years. 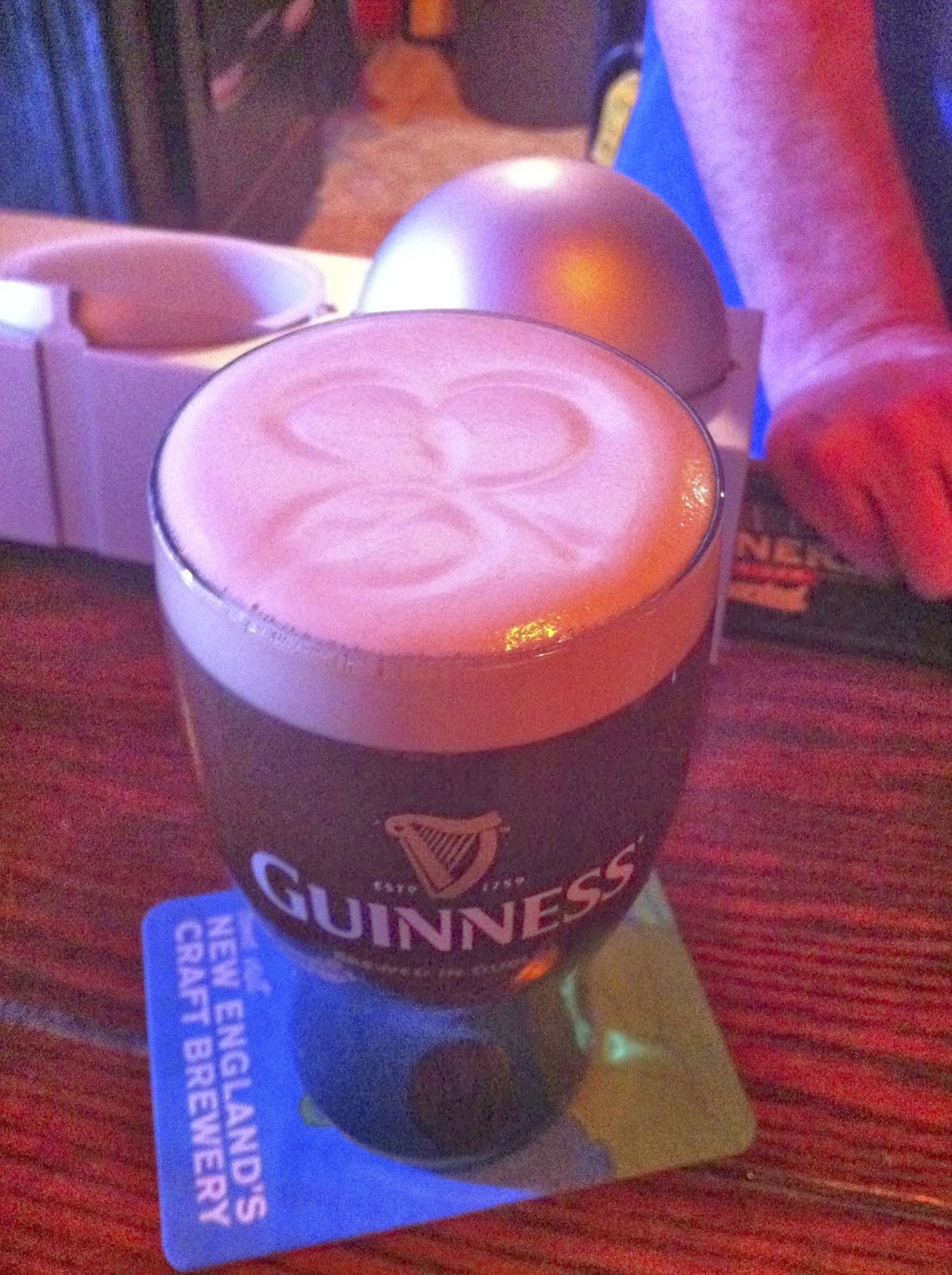 BK: Is it a family business?

JB: Not really family, but we are all from roughly around the same part of Ireland, the town of Ennistymon. We didn’t know each other back at home, but our families did and they were looking after us to give jobs. That was the connection.

BK: When you guys took over back in 2004, probably Inman Square wasn’t the hippest neighborhood in Cambridge…

JB: No, it wasn’t the hippest but it was always pretty noised... For the first couple of years when The Druid opened it wasn’t what it is now. It took a lot of work from Mikey and the chefs and all the staff to get it to where it is now.

BK: How do you feel about the new Inman Square crowd?

BK: Here is a question I am very curious  to hear the answer to—how can you manage to pour your Guinness just like in Ireland? I have never tasted it like you guys do it here in the US before.

BK: Is there a secret about it? 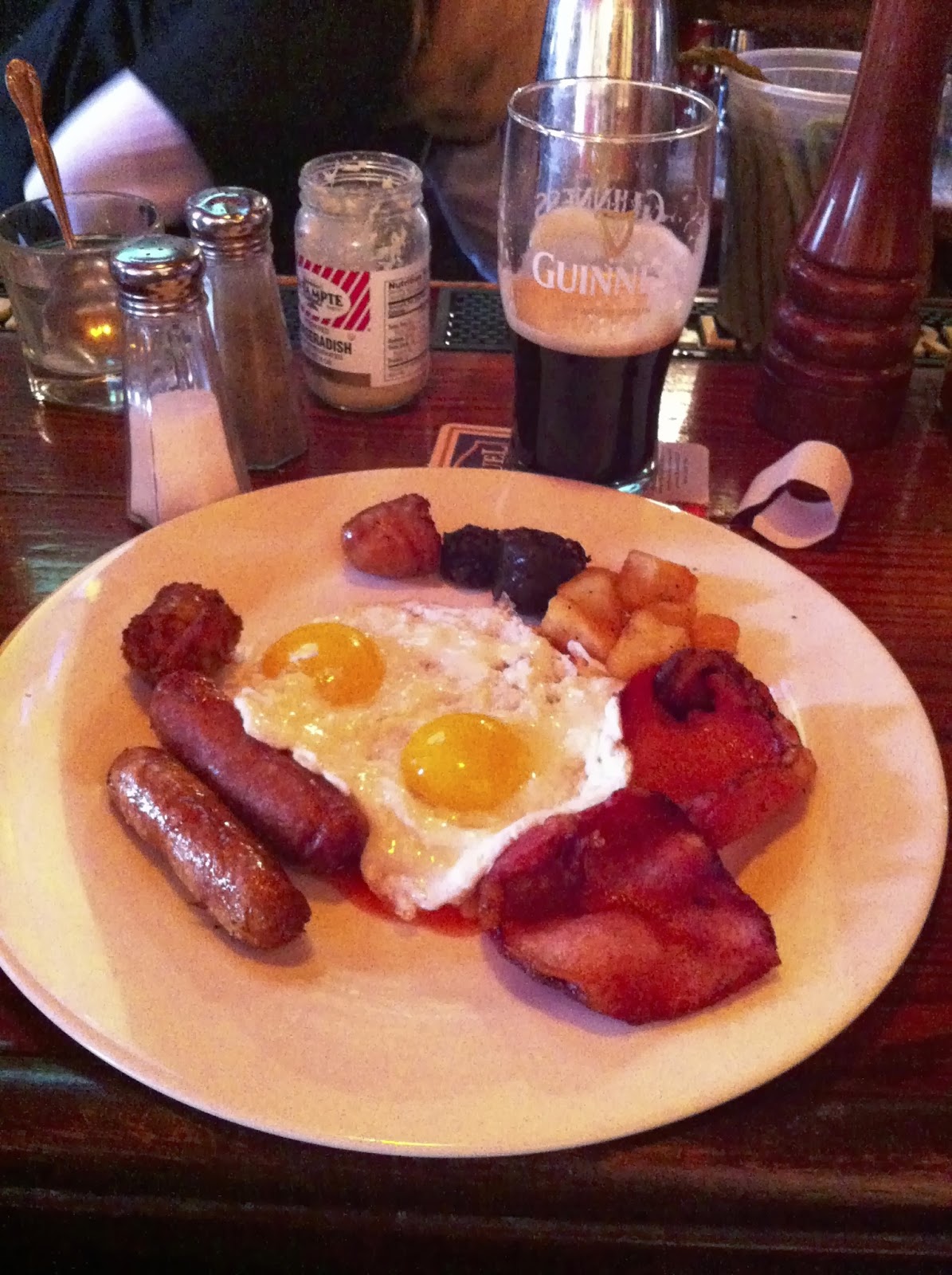 JB: A lot of it is that we really keep up today. We clean our lines everyday and the keg room is right underneath. There isn’t a long stretch of lines, so it comes up very cold and fresh. It is a constant draw and it flows a lot…! It’s another thing, we sell an awful lot of it and it’s constant. In a lot of places I think Guinness isn’t the best seller. They don’t sell that much and it sits in the line. So it might not be the freshest.

BK: So, there is no secret about the way you pour.

JB: No, no… It’s all pretty standard. You just have to keep up today with the maintenance and the cleaning of the lines.

BK: I also want to ask a question about the food. It is a tiny kitchen but definitely serves one of the best pub food menus in Boston. How do you keep it on that level?

JB: I think Mikey and the guys in the kitchen deserve a lot of credit for it. Because it’s such a small place and some nights they do like 200 dinners. I know if anyone looks inside through that window it’s so small but a lot of it is just hard work. And it gets heated at times but once the clock strikes ten we are all happy ’cause the kitchen is closed. They work really, really hard in the kitchen.

BK: Are there any future plans for The Druid?  Expansion, another location?

JB: No, just the way we always are, keeping the same consistency. So I think a lot of it is the menu at The Druid isn’t enormous or there isn’t like a whole list of drinks, but all is consistent. You rarely have a bad meal. A lot of places, kinda hipstery places now I think are all trying to make the next best thing. They are trying to be creative and they charge like twenty dollars for burgers. We are just trying to keep the good quality product at a fair price. 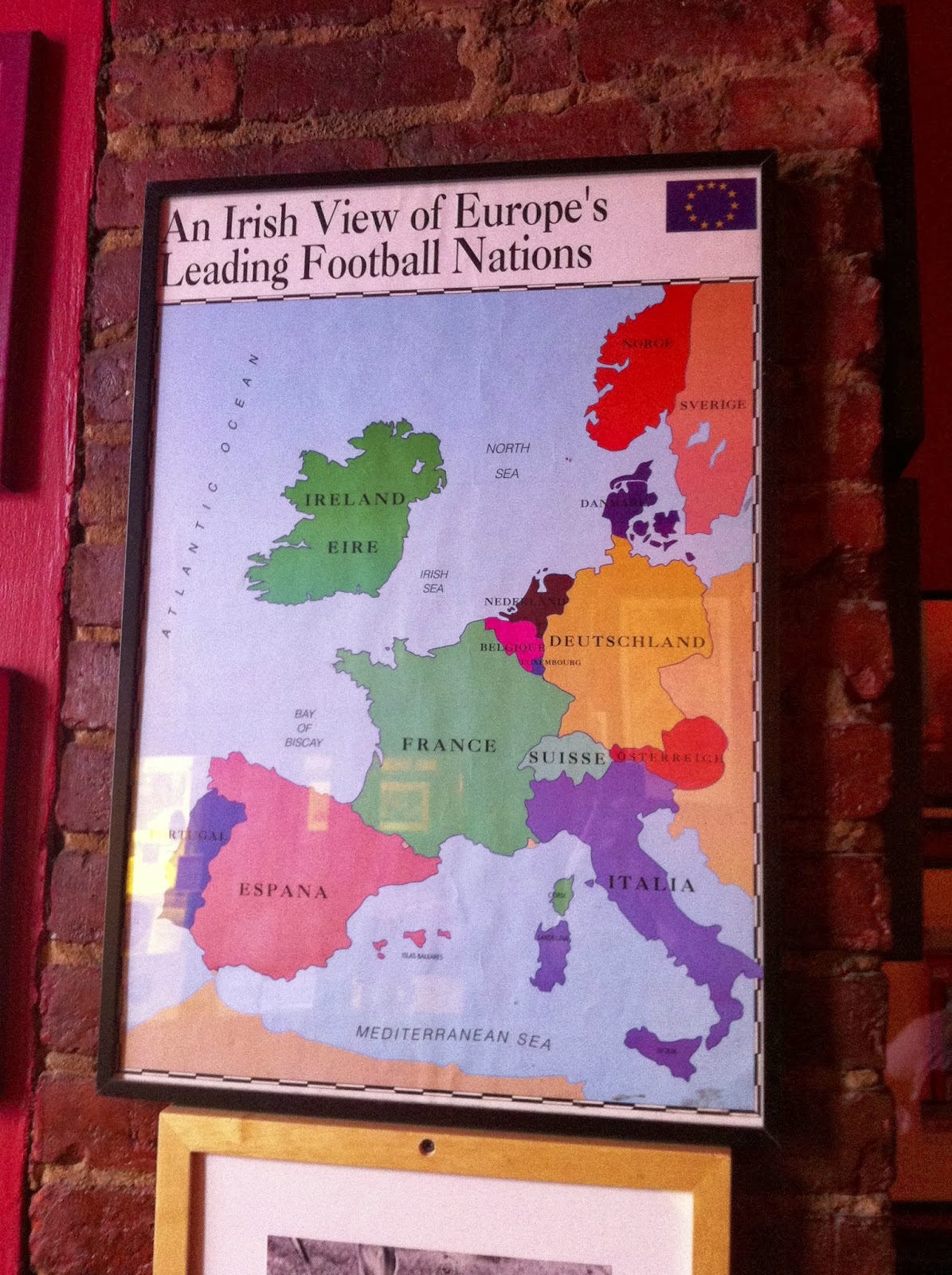 BK: Since I also run a whiskey blog I feel like I have to ask you something about it.  What is the Irish Whiskey of choice in this bar?

JB: Definitely Jameson… But I have to say a lot of people are also asking for Powers these days.  It is coming out strong, but it’s definitely Jameson by a large margin.

BK: Did people start to ask for small batch whiskeys like Redbreast or Connemara?

JB: They ask about them but a lot of it is about the price. Even though it’s a fairly hipster area, people don’t want to pay $9 or $10 compared to $7.50 for a Jameson.

The Druid is located in Inman Square, Cambridge on 1357Cambridge Street.

*Originally written for and posted at The Alcohol Professor on December 3rd, 2013.
bar/pub beer beer/wine boston travel
Location: The Druid