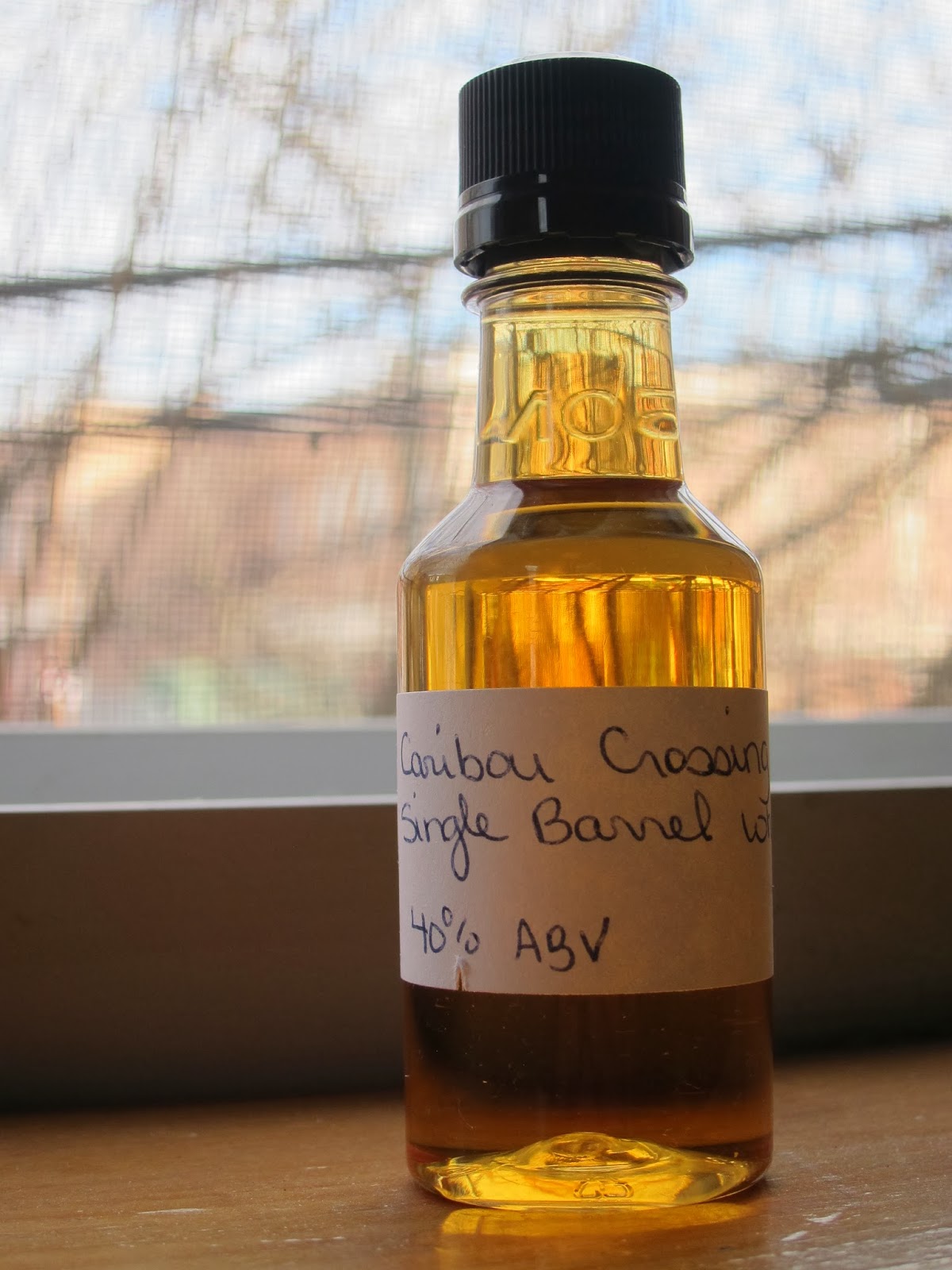 Caribou Crossing Single Barrel (40%): Another pick from my #DavinTT2 Canadian Whisky prize basket. According to Davin de Kergommeaux  Caribou Crossing single barrel is the first single-barrel Canadian Whisky released by a major whisky company since the 19th century. Barrels are chosen from the inventory of Sazerac Company and every bottle supposed to have numbers on the packaging to keep track of which bottle is coming from which barrel. Since my wee sample bottle doesn't have that info on its label I can skip that part and start to taste the whisky. Color: Dark yellow gold, rich amber. Nose: Syrupy rye sweetness... Red delicious apples, jonquils and artificial vanilla extract. Eau de vie de pomme, raw almonds and warm sticky toffee pudding. Honeysuckle and damson plums. Adding a few drops of water had an effect like adding freshly squeezed lemon juice. Lemon cookies, clementine peel and dry red grapefruit. Palate: Thin and light mouthfeel but very creamy and smooth. Ground cloves, cinnamon and sweet paprika. Sweetened lemon juice, polished laminate countertop, saw dust and corn bread. It's interesting how the nose and the palate are almost at the opposite ends of the spectrum. While the nose was suggesting a juicier and fruitier whisky the palate happened to be more on the spicy and dry side. Adding water thinned the hell out of it but made it to more citrusy. Finish: Not very long. With mellow oak, butter and sweet middle eastern spices. Overall: I really liked it... If all the barrels released are more or less in the same ballpark it's hard not to like this whisky. I wish it was more widely distributed though. Like with the most of the Canadian whiskies don't pay too much attention to the the crazy perfume bottle design. I guarantee that what is inside is pretty good...
blended whisky canadian whisky caribou crossing DavinTT2 whisk(e)y