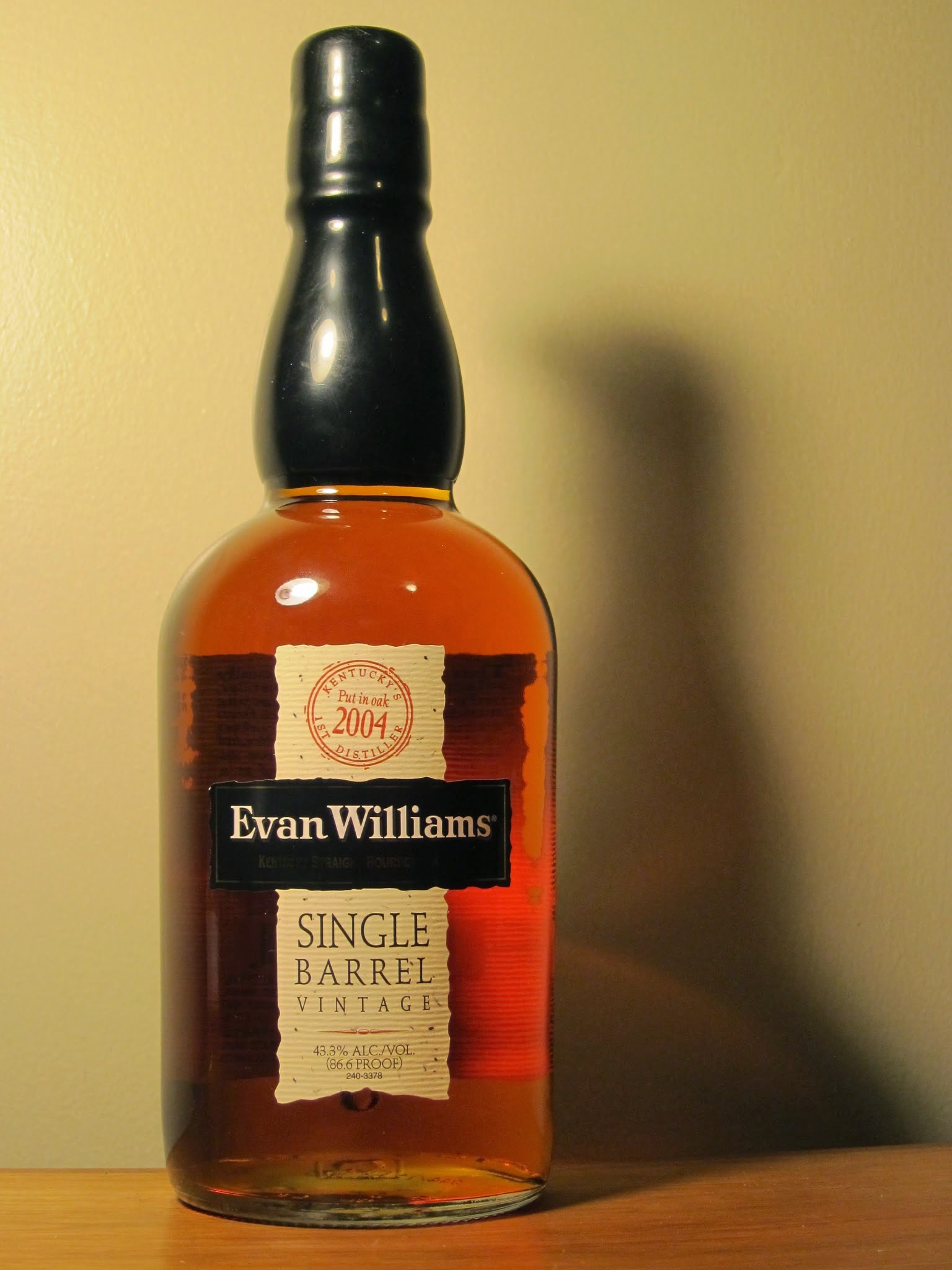 Evan Williams Single Barrel 2004 (43.3%): Evan Williams Single Barrel is one of my favorite yearly releases... Not that hard to find and moderately priced. This year my bottle's barrel number is 43. The spirit inside is distilled on May 4th, 2004 and bottled on November 6th, 2013. Actually it is sad to see that the retailers are pushing the price a little higher with every new release. It is getting more and more attention with the growing interest in whiskey and to be honest it is not a well kept secret anymore after all. But it is still worth the money even with the price tag more like in mid thirties instead of high twenties like it is used to be. Heaven Hill Distilleries released this single barrel expression every year since 1996. Color: Dark amber, chestnut honey. Nose: Maple syrup, orange bitters and pipe tobacco. Vanilla, cinnamon, cloves, dark molasses and chocolate covered salted caramels. Actually it noses like a fine Armagnac. Palate: Dark brown muscovado sugar, candied pecans and charcoal. Aged dry rum, a little anise and coriander seeds. Pine forest honey and some lavender. Finish: Toasted oak staves, cinnamon and thick baklava syrup. Kumquat jam and candied burnt orange peel. Overall: Again a great single barrel release with a great price tag but it is a little bit hot on the palate and finish this year. Apparently this barrel happened to be not as smooth and creamy like the earlier years' barrels, so far I can remember. Don't get me wrong though I liked it very much but if I had the chance to choose one barrel release between last three years' bottling I probably wouldn't make a move towards this one. Anyway, these notes are for barrel #43 and of course there will be differences between the barrels. I am pretty happy with mine and I hope I will have chance to taste some others throughout the year...
american whiskey bourbon evan williams whisk(e)y