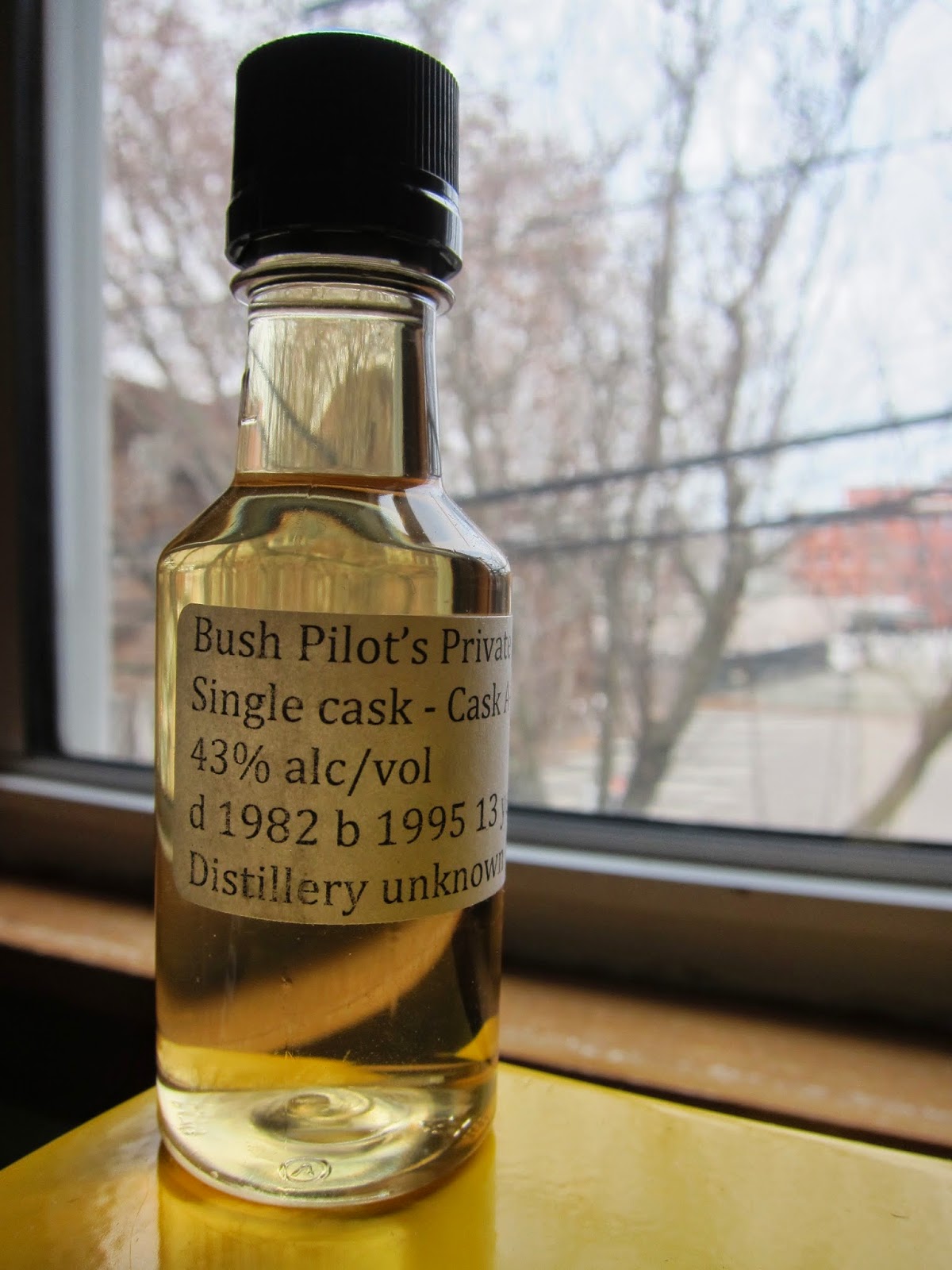 Bush Pilot's Private Reserve 13yo (43.0%): Now this is a very interesting sample from my #DavinTT2 Canadian Whisky prize basket: The legendary Bush Pilot single cask whisky from 1990's... It is a 13 year old unblended 100% corn whisky from Canada distilled in 1982 and bottled in 1995 which is considered as one of the Holy Grails of Canadian whisky. It took the American market by storm in mid-nineties but disappeared rather quickly because of various reasons. According to Davin de Kergommeaux from canadianwhisky.org although the whisky was supplied by Potter's distillery in Kelowna, British Columbia nobody knows exactly where it is actually distilled. Thanks again to Davin de Kergommeaux, Johanne McInnis and Graham MacKenney to give me the chance to taste this rare whisky. Color: Lemon chiffon, hay. Like an oak aged Chardonnay. Nose: Dusty... Dry clay soil, old magazines piled in the basement and vintage birch furniture. Eucalyptus leaves and red licorice. A few drops of water opens it up beautifully: peaches, bosc pears and strawberries. Palate: First taste is enveloped with strong oakiness. Dry and chalky... After allowing the spirit air a little oak notes fade out nicely and the dram transcends. Eucalyptus notes I got at the nose evolve into gentle spearmint drops. I also get some rye whisky notes now (Maybe my brain is playing tricks to me knowing the spirit coming from Canada): green pepper corns, vanilla and musty garden soil. Adding water thins out the texture but brings the creaminess I was looking for from a 100% corn whisky. It is also more fruity now. William pears, cinnamon dusting and cloves. Finish: Very long with sweet spices: Nutmeg, cinnamon and ground ginger. Overall: This whisky became a legend in 1990's and I can totally see why but to be honest I think we are a little bit spoiled as whisky lovers nowadays. I very much enjoyed the ride and it is definitely a very good dram without a doubt but on the other hand we easily can reach whiskies as good as Bush Pilot's even in our local liquor store with a much lower price tag. Nevertheless it is one of the best corn whiskies I tasted; well aged, layered and incredibly easy to drink. A bottle goes around $150 if you are lucky enough to catch one on online auction sites...
bush pilot canadian whisky corn whiskey DavinTT2 whisk(e)y