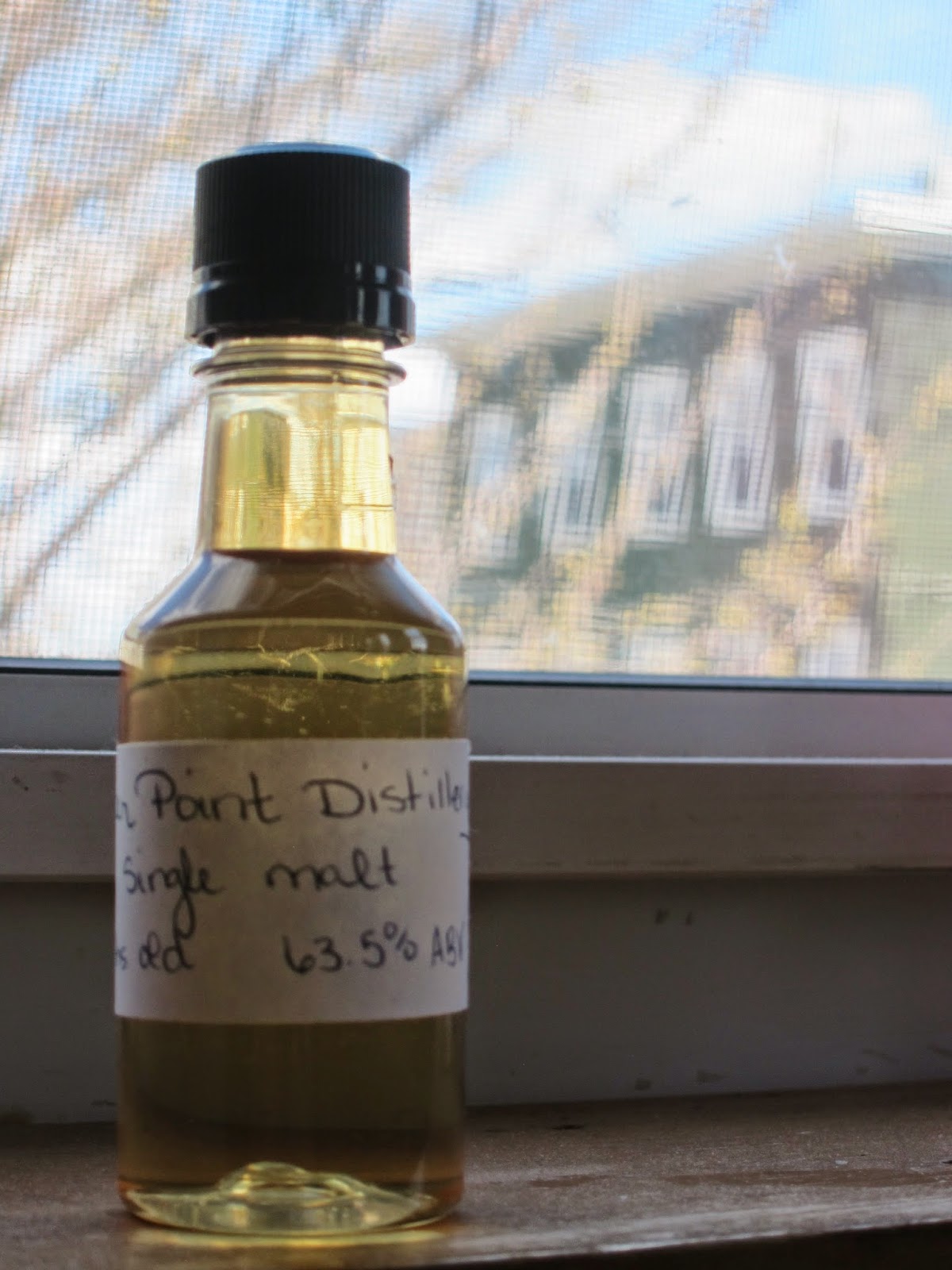 Shelter Point "Ageing" Single Malt (63.5%): Shelter Point Distillery is a young Canadian distillery located in British Columbia and founded by Andrew Currie, Jay Oddleifson and Patrick Evans which started to distill in 2011. Although their main focus is aging their own single malt Canadian spirit nowadays they bottle some outsourced rye whisky under their label and also sell single malt vodka to create the much needed cash flow for the distillery till their whisky is ready to hit the shelves. While everybody is patiently waiting for that day I was lucky enough to receive a sample from their aging "not yet whisky" with my #DavinTT2 Canadian Whisky prize basket. It is a 24 months old sample at cask strength. Actually I do have also a sample of their single malt vodka but I will try to review it later some time. Color: Quite nice yellow gold despite its young age. Nose: Dusty... Hay, brown cardboard boxes and wool blanket. After airing a little it gets incredibly sweet and fruity: gummy bears, German fruit salad with whipped cream and holiday fruit cake. Adding water to bring the abv down to a humanly level makes the fruity aromas even more pronounced: Strawberry jam, sour cherries and raspberry ice tea. Palate: Ooops... After that sweet and inviting nose I totally forgot that I was tasting a super young cask strength sample. It numbed my mouth totally but also left a coating of concentrated red fruit paste. After adding water and allowing it to breath all the fruity aromas I got from the nose show up in the same order: Bonne Maman four fruits preserve, thick raspberry sauce, unsweetened cranberry juice and fruit punch with heavy cherry notes. It tastes like it was in a port pipe for all those 24 months... Young alcohol shows itself with harsh vegetal notes: green asparagus, Belgian endives and dry hay. Finish: Long but mostly with young alcohol burn on both sides of the tongue. Maybe a little bit of white peppercorns. Overall: It is going to be an interesting whisky without a doubt. It just needs other layers to work together with now overpowering red fruit notes. With the young alcohol notes disappearing in time I cannot wait to taste the whisky in the future..! It will be a good one...
canadian whisky DavinTT2 shelter point single malt whisk(e)y