The Maltman Glen Keith 21yo... 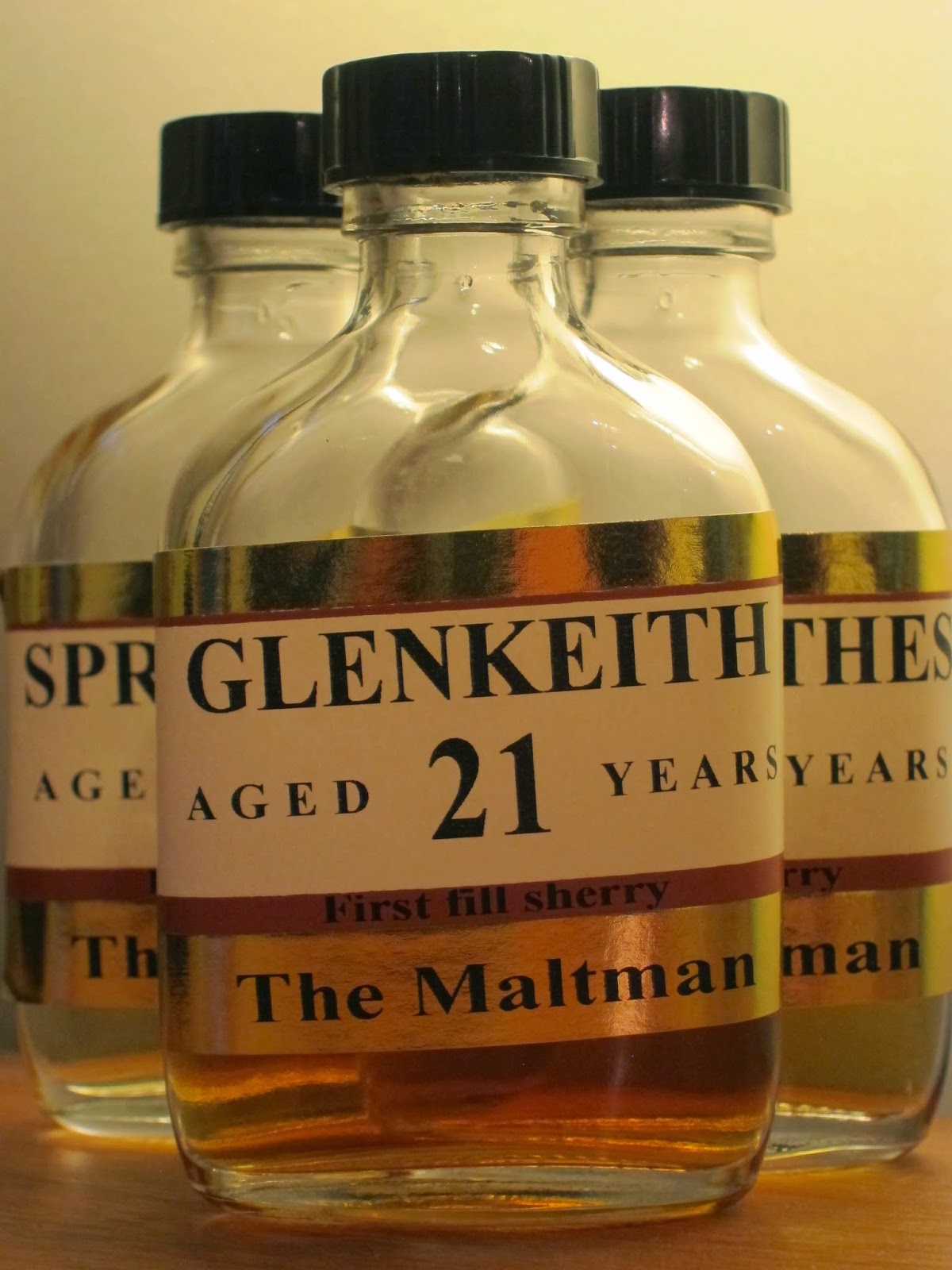 The Maltman Glen Keith 21yo (52.5%): It has been a long week for Boston whisky lovers. We had Whisky Live Boston, SMWS's Whisky Extravaganza and Julio's Whisk(e)y Roadshow amongst other small gatherings and tastings all over the city in such a short period of time. I had extraordinary fun with old friends, made many new ones and needless to say tasted amazing whiskies. But now it is the day for me to stay at home, rest a little bit and continue to take care of the sample bottles accumulating on my desk. The second sample I received from The Maltman is 21 years old and coming from the Speyside distillery Glen Keith owned by Pernod Ricard. Glen Keith is one of the first post-war distilleries built in Scotland and was known about their triple distillation practice till they converted the operation to double distilling in 1970. It got mothballed in 1999, saved by their new owners in 2012, went through a massive restoration and reopened in 2013. It now serves as a work horse for Chivas Brothers blends and not bottled as single malt. This particular Glen Keith is a single cask bottling. It is matured in a first fill sherry cask and bottled at cask strength. Since the distillery was known of making all kind of experiments under the ownership of Seagram you never know what to expect from older whiskies coming from the distillery. Color: Clear dark amber, chestnut honey. Nose: It's like walking into a warehouse filled with sherry butts: Black dirt, tobacco leaves, processed leather and musk. Green walnuts, rum and raisin ice cream and very subtle peat smoke. Just a few drops of water add straw, dry clay and malted barley aromas. Palate: Thick but velvety texture. Cooked raisins and prunes. Beef stew, mild cigars and not treated but toasted wood. Adding water to this dram is kinda tricky. You just need a little because you really don't want to loose that meatiness. But even a few drops of water release some nice spicy notes like cloves, nutmeg and cinnamon. Peat smoke far back in a distance. Finish: Long. Almost perfumy notes followed by baklava syrup with cinnamon and nutmeg. Overall: A very good cask indeed... I hesitate usually when I see a single cask expression from a first fill sherry butt aged more than 20 years old but this one held it together very well. It is bold, thick almost syrupy and, so to speak, comforting but not tired. It is a matured and layered whisky still maintaining its vibrancy. Highly recommended for sherry finished whisky lovers... Thanks to Brad Jarvis a.k.a. The Whisky Professor for the official sample.
glen keith maltman scotch whisky single malt speyside whisk(e)y