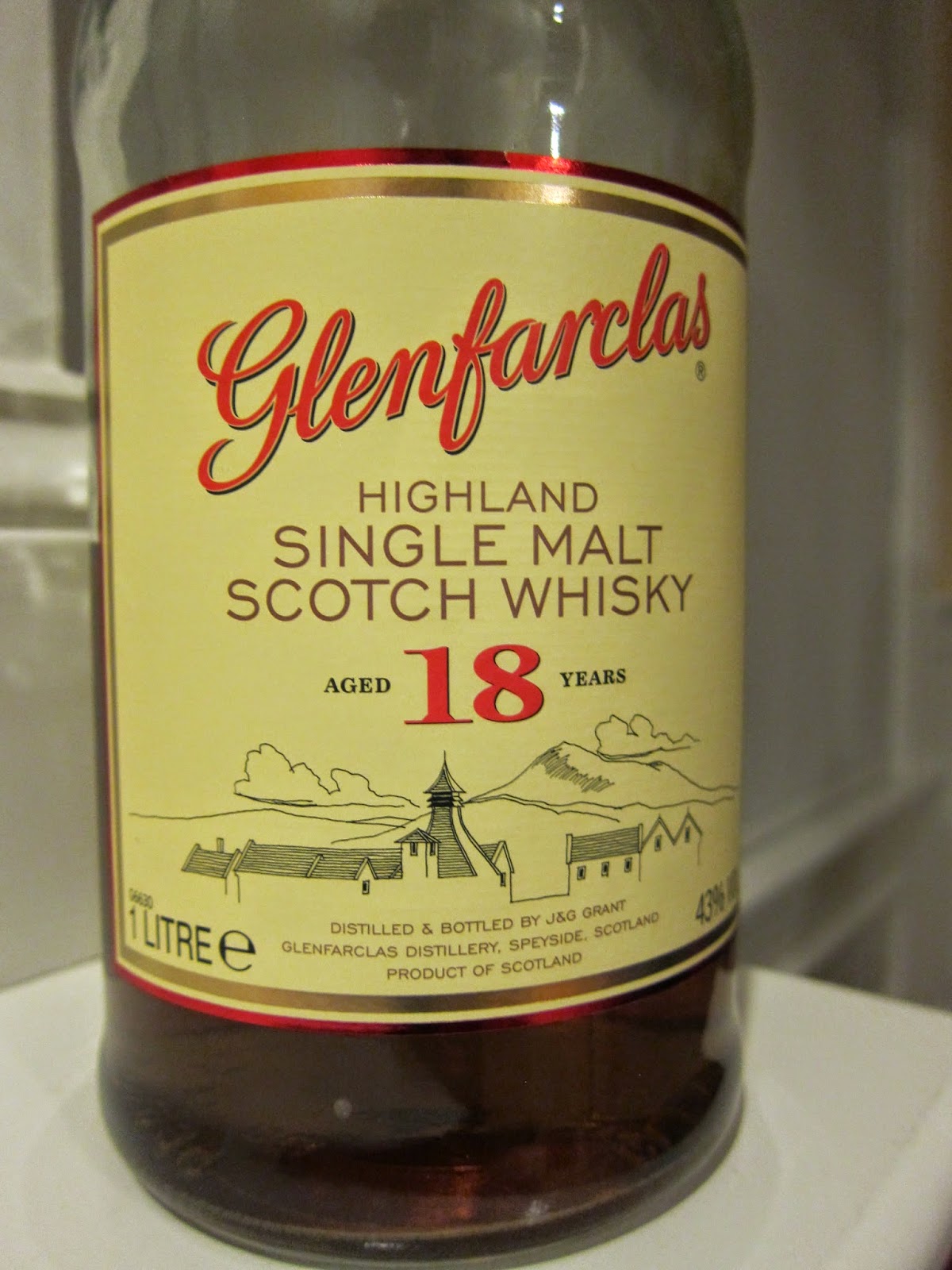 Glenfarclas 18yo (46.0%): So far I know Glenfarclas 18 is the only bottling of the distillery's current line-up released exclusively for travel retail. When it was released in May 2013 the Grants family somehow managed to convince No. 12 Squadron of RAF to take two bottles of Glenfarclas 18 from the distillery and fly them in a Tornado GR4 jet to Las Vegas for the launch party. The 5634 mile journey took 17 hours and 20 minutes with stops in Lajes, St. Johns and Dayton. The bottles, which have been signed by all the crew, then made their way back to Scotland. One of them got returned to the distillery, the other one got auctioned for the Royal Air Force Benevolent Fund with a signed print of the Tornado jet. And at the end this became the reason why the distillery started to market the whisky as "a well traveled dram". It comes only in 1 liter bottles and bottled at 43.0% abv. Color: Yellow gold, white port with visible legs. Nose: Very fresh: Lemon zest, orange juice, vanilla and jonquils. Lemon cookie dough, acacia honey and white peaches. A few drops of water makes it even more citrusy: Freshly squeezed lemon juice and kumquat. Palate: It has definitely a warmer feeling than the nose suggested. Honey notes are still there but more viscous this time. Milk chocolate, cappuccino, pear compote and white pepper corns. Finish: Pretty short with fresh clementine and ground pepper. Overall: It is an incredibly easy to drink whisky but also a little on the light and shy side for a Glenfarclas which spent its last eighteen years in a barrel. I wished it was bottled on a slightly higher abv. That would solve some of it and would suit much better. I admit that I might set my expectations a little too high before I started to taste. Maybe I was still under the sweet spell of Glenfarclas 15 I tasted a few weeks earlier. I wouldn't call this whisky boring but definitely not adventurous. Just straight good dram... I don't know... It sure would be a crowd pleaser at any party and would work great as an aperitif though. Thanks to Onur Sergici for the sample...
glenfarclas scotch whisky single malt speyside whisk(e)y