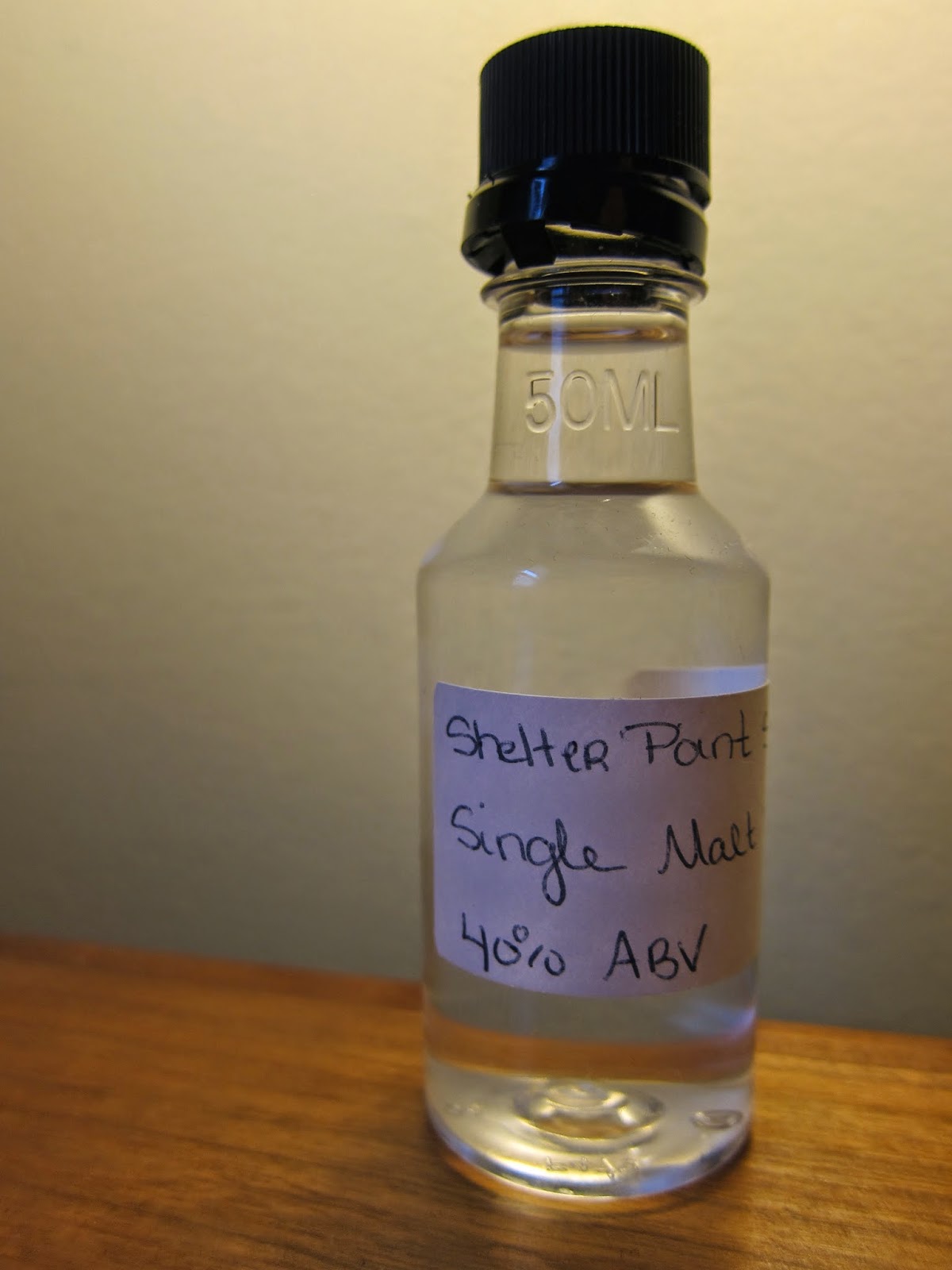 Shelter Point Still Master Single Malt Vodka (40.0%): It's kind of odd to start 2015 with a clear spirit review but this sample bottle is pretty much related to what I am interested in. It is the last sample bottle from #DavinTT2 Canadian Whisky prize basket I won last April and it is distilled by Shelter Point Distillery. Like any other distillery waiting for their soon to be called whisky aging in casks Shelter Point had to find a way to solve their cash flow problem as well and they ended up distilling a single malt vodka. The barley is sourced entirely from British Columbia and the spirit is triple distilled using the same pot stills they use to distill their whisky. The final cut point is obviously higher than their whisky cut, all the way up to 90% abv. Color: Well, as clear as it can be... Nose: Sweet and floral: Sugar cookies, Irish Spring soap bar and furze flowers. Palate: Dandelion and arugula leaves, cucumber peel and thick bread crust. Finish: Short with some black pepper corns and French baguette. Overall: This is probably as flavorful as a vodka can get... I also remember some nice rye vodkas I tasted before like Chopin red label or Xellent Swiss and I think if a vodka is memorable for me it means something good. I almost never drink vodka. The bottles I have at home are for my guests, or... ok, I admit that I am spiking the apple cider once in a while... But I do appreciate a vodka that has a palate and for my two cents Shelter Point did a pretty good job with this one. I don't think that I will finish this sample bottle though...
DavinTT2 other spirits shelter point vodka