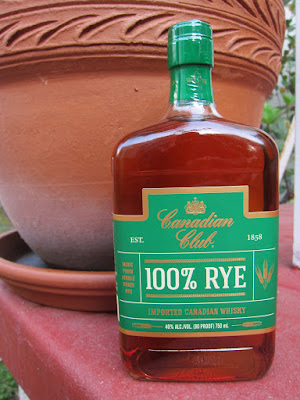 Canadian Club 100% Rye Whisky (40.0%): Yep... It's been awhile... But the weather in Southern California wasn't particularly encouraging to drink whisky lately. It feels a little better in last couple of days though and I needed a new bottle of a rye whisky for mixing Manhattans at home. Canadian Club 100% Rye a.k.a Chairman's Select happened to arrive California around the same time and I grabbed one right away... It is distilled from a 100% rye mash bill by Alberta Distillers Ltd. and it carries a price tag of $17.99. Done... Color: Medium amber, chestnut honey. Nose: Toasted wood, old piece of wooden furniture in a vintage shop: waxed and polished a dozen times. Roasted pine nuts and rosemary leaves. After allowing it breathe for a minute or so some fruity aromas rise: Baby bananas, sweet orange slices and ripe pineapple. Buckskin jacket and bills in a sweaty leather wallet just taken out of your back pocket. Cumin seeds, cinnamon and nutmeg... It has a bitter and medicinal character at the back like rubbing alcohol, empty plastic pill bottles or linseed oil. Vermouth maybe..! Palate: Very thin texture... Almost feels like you accidentally poured too much water while you were trying to add just a few drops. Dusty, chalky, spicy and bitter: Cinnamon dusting, allspice, candied orange peel and a hint of garam masala. Caramel fudge, candle wax and pecan brittles. Finish: Actually quite longer than I expected after that thin mouthfeel. Spicy and sizzling with black pepper, wax and clove. It leaves a dry and tannic mouthfeel at the end which I wasn't a fan of. Overall: Well, it's definitely won't be a substitute for Lot No. 40 for me as far as Canadian Ryes go but it's absolutely not a bad whisky considering how cheap it is. Is it a good competitor to Crown Royal Northern Harvest Rye? Sure, we can say that. It certainly will work just fine in many cocktails but to be honest I would probably reach for another rye whisky if I want to sip one... Adding water doesn't work by the way. The texture collapses right away and the palate becomes very dry and even more tannic. Actually I would love to try it at a higher abv. It would give the whisky a much needed extra oompfh. 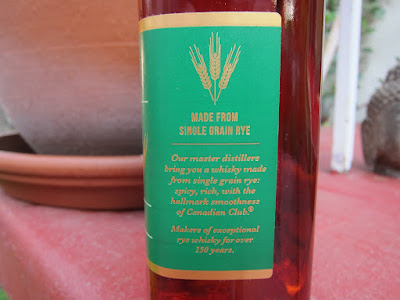