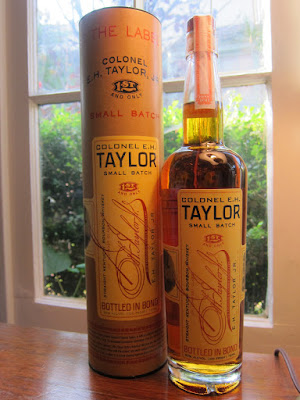 Colonel E. H. Taylor Small Batch Bourbon (50.0%): So, what do we know about this bourbon on my desk..? It is a bottled in bond whisky to begin with... It means that it is distilled in a single distillation season (between January and June or between July and December) by one master distiller and at one distillery (in this case Buffalo Trace Distillery), aged in a federally bonded warehouse (in the famous Colonel Taylor's warehouse built in 1881) for at least four years (in this case seven...) and bottled at 100 proof. This expression is also the entry level of the E. H. Taylor line-up which is named after Colonel E. H. Taylor who was a very important figure in bourbon industry back in 19th century known for favoring new technologies in distilleries, advocating for sour mash practice and lobbying very hard for the Botlled-in-Bond act of 1897. He was the owner of the Old Fire Copper Distillery for a short period of time as well which was actually one of the forerunners of nowadays' Buffalo Trace Distillery before he sold it to George T. Stagg. Ok, enough with history... Let's drink some bourbon...

Palate: You really can taste the high corn mash bill here. Caramel pop corn, cinnamon dusting and dusty raisins. Unfortunately adding water helps less than it did on the nose. A little drier now but no major taste change... Cornmeal pancakes, some pepper and caramel pudding. Dry staves and warm corn muffin. Corn driven notes all over the place.

Overall: It's an easy drinking and very corn heavy bourbon with a slightly expensive price tag. For my two cents it is lacking a little depth. It's not boring by any means but also not so exciting... It is possible that I was focused too much on the corn driven flavors since I don't like high corn mash bills at all and might have missed some subtle notes at the background but that's exactly my point about high corn mash bills... Well, maybe if they get rid of the tube and all the fancy packaging details on the bottle so they can pull the price down to low thirties or even to high twenties it might draw my interest more but to be honest at this price level there are many better options out there. On the other hand I have to admit that if you are a George Dickel or Jack Daniels fan you should definitely give a chance to this bourbon... 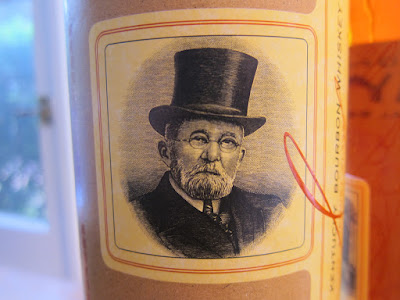 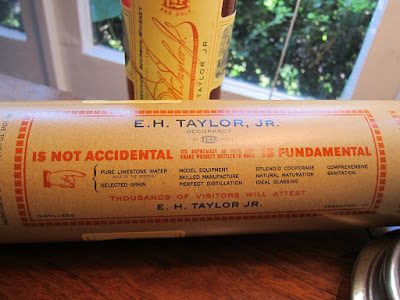