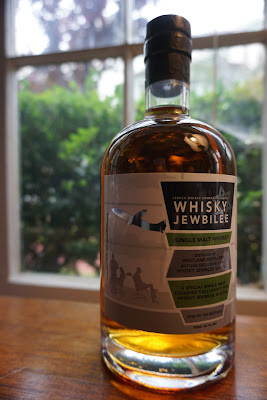 Jewish Whisky Company Single Malt Whiskey (58.1%): I have today the Whisky Jewbilee Seattle 2016 Festival bottling on the desk. It is a single malt whiskey from Westland Distillery. Actually the whiskey is an iteration of the Whisky Jewbilee NYC 2015 Festival bottling which was a vatting of four Westland single malt single cask whiskeys using 100% Washington barley, 100% peated barley and Westland's five barley mash bill. At that time while they were bottling the NYC Festival whiskey they ended up filling a portion of the vat into a single first fill bourbon barrel and left it there for nine more months. After nine months the cask got bottled for Seattle Festival.

Overall: This is the most Scotch-like Westland whiskey I ever had... Perfect balance of spicy vs. sweet and pepper vs. honey. A warming and make-you-feel-good dram. I don't know if because it was gloomy and rainy in Los Angeles when I was tasting it but it definitely tasted good and kinda appropriate. You shouldn't be shy when adding water to this whiskey if you happen to have a bottle at home. It gets better and better with every drop... Well, now I regret that I don't have two bottles since I know this one won't last long. Kudos to Westland Distillery and Jewish Whisky Company... 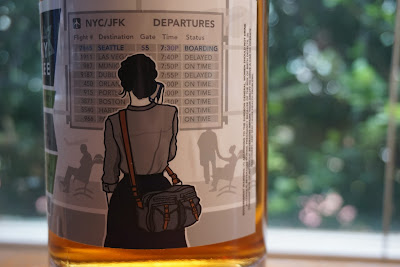