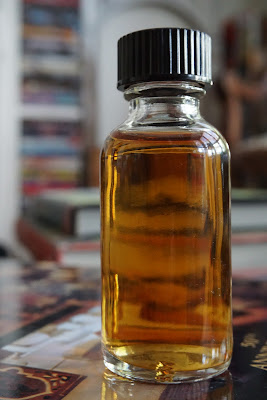 The Dalmore 12yo (40.0%): Working a little extra these days to clear the sample box. It is fall after all, new whiskies are being released almost everyday and it gets harder to keep up. I have to step up my game... Here is the Dalmore 12, a whisky created by master distiller Richard Paterson a.k.a. The Nose. It is matured in ex-bourbon barrels for nine years and then half of the whisky is transferred to ex Matusalem Oloroso sherry butts for an additional three years while the other half continues to age in ex-bourbon barrels they were in. At the end of three years two separate batches are blended back together before they got bottled.

Overall: This incredibly thin mouthfeel of Dalmore bottlings has been always a big letdown for me. It is not a bad whisky by any means, it noses and tastes great but at the end it doesn't leave anything to recall. It needs something to stand out or to be memorable but doesn't leave anything to hold on to after you put down your glass. Well, you might say that it doesn't have to necessarily... Instead it can be your easy drinking everyday sherried dram but its steep price tag is not allowing that as well. Unless you find a very good bargain it is very hard to favor it over other sherried whiskies in the same price category... The competition is tough and there are many other options out there. Thanks to Sam Knash Green from Sanctorum of Spirits for the sample.