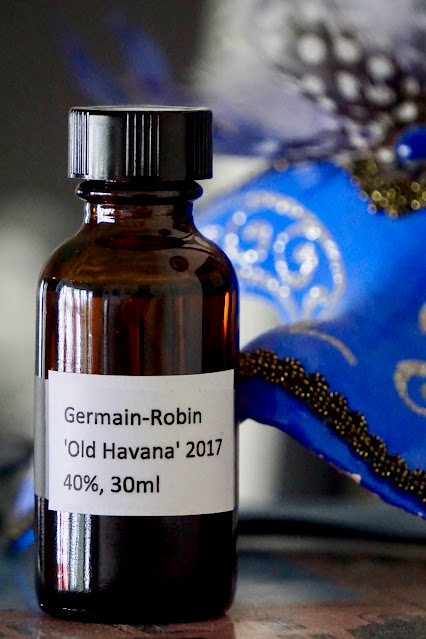 Germain-Robin Old Havana 2017 (40.0%): Random sample pick from my sample yard... It is a limited release from the legendary and pioneer brandy distillery Germain-Robin. Germain-Robin is founded in 1982 by Ansley J. Coale and Hubert Germain-Robin in Ukiah, Mendocino California. Since then they reached almost a cult status fame amongst brandy lovers with their extremely rare expressions and limited distribution but maintained their outstanding quality throughout the years. Most of their production uses Pinot Noir, Colombard, Sauvignon Blanc, Chenin Blanc, Semillion, Zinfandel and Viognier grapes all sourced from Mendocino County vineyards. Last year Germain-Robin was acquired by E&J Gallo Winery. No official news yet about if they are planning an expansion or change.

The first idea of bottling a brandy to be paired with cigars goes back all the way to 80's but the distillery crowned the name "Old Havana" in late 90's. First releases came from a vat of selected barrels but later in 2009 the process changed to a solera system. Although it is released every year it is very hard to get your hands on a bottle due to its limited release and devoted followers.

Overall: Even though I am not a cigar lover it definitely justifies all the myth about it. A little thin and maybe a little too spicy on the cinnamon and clove side for me but it's a very good old school brandy. After they switched to solera I was under the assumption that it won't taste and feel like an old spirit but I was wrong. Well executed... It is definitely worth to pick if you are lucky enough to spot one on the shelves. Thanks to Derek Kendzor for the sample.
Price: $100