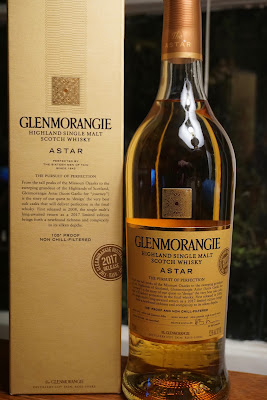 Glenmorangie Astar 2017 (52.5%): The original Astar was released in 2008 and with Sonnalta PX it was probably one of my all time favorite Glenmorangie bottlings. Since it got discontinued in 2012 I was hoping that it will come back one day, and here it is... Don't know if it will be as good as the earlier version but I am definitely psyched to crack open this bottle. Like the earlier release the whisky is again matured in lightly charred, heavily toasted, ex-bourbon barrels made from specifically selected and air seasoned slow growth oak trees of Ozark Mountains in Missouri.

Overall: It's been quite a while since I reviewed the first release and it is quite possible that my palate and references changed a lot since then but after checking my tasting notes from years ago and compare them with what I have scribbled above I can say that this release is tad less sweet but saltier and less fruity but spicier. I absolutely loved it... Don't know if it is going to be around for a longer period or not but didn't want to risk it I already ordered a second bottle. It is definitely one of the best single malts released in last 12 months. Kudos to Dr. Bill Lumsden again... 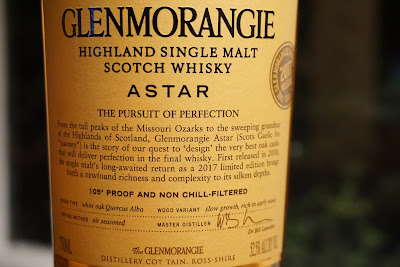