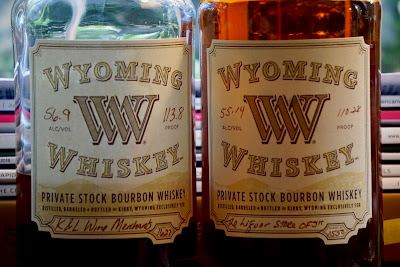 Two Wyoming Whiskey Private Stock Single Cask Store Picks: I was sitting on these two single cask Wyoming Whiskey bottlings for quite a while waiting for a good time to sit down, pop them open together and taste and compare. Well, today is the start of a long weekend here and it sounded like a good project to work on early in the morning... 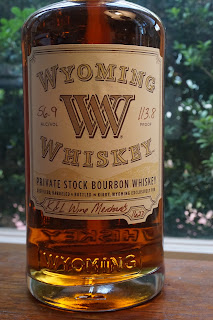 Palate: Dry and sweet... Light caramel, dried strawberries and pine honey. Cinnamon and ground cloves. Aunt Jemima syrup and toasted oak. More like an aged corn whiskey. Water works great on the palate as well. It calms it down nicely. Still getting too much of corn though: Corn syrup, cornbread and cinnamon candies.

Overall: Someone who likes high corn bourbon recipes would probably appreciate this particular barrel more than I did but it is a touch too much corn driven for my taste... It is a very good bourbon regardless... 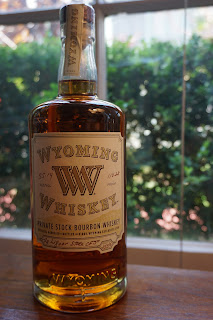 Color: Almost identical with barrel #1627. Same color, same legs... Kinda interesting how identical they are though.

Overall: I personally enjoyed this barrel more than the other one... It is dusty, earthy and raw. Most importantly (for me) I am getting way less corn whiskey notes from this one. If I was picking the barrels and I had these two in front of me I definitely would go for this one. Don't know where the price difference is coming from actually. It can be the difference in taxation between states or just the store pricing or both. Thanks to Teresa Hartmann carrying this bottle all the way from Jackson, Wyoming...