on September 05, 2018
I named this post "Derby der Lage Landen" (Low Countries Derby) referring to the big rivalry between Belgian and Dutch national football teams but the shared heritage of distilling genever between these two countries goes way more back than that... Flemish people were producing genever (or jenever, geniévre, peket, dutch gin...) in Low Countries since 1500s almost three centuries before an independent Belgium became a part of the European map. 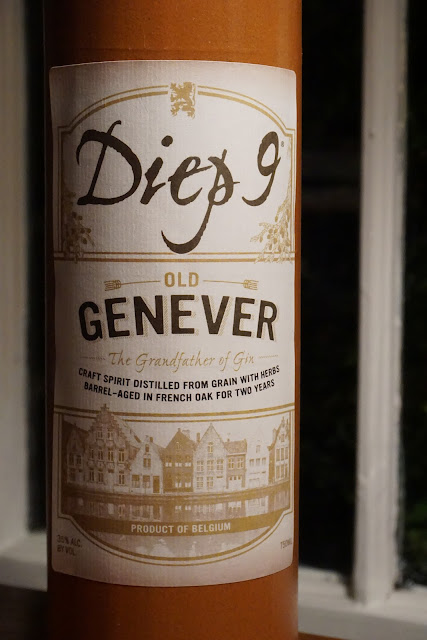 I first started to to grow interest in genever during my regular trips to Antwerp in 2000s. The city of fashion, diamond, chocolate, beer, genever and Jan Fabre... Every time I visited this marvelous city my nights were dedicated to study genever which included a visit to de Vagant, the legendary genever bar which is more like a genever library instead of a bar to be fair. They carry over 200 expressions and their staff is always helpful sharing their vast knowledge, offering recommendations, etc.

Well, it is impossible to find as many different bottlings as you can find in Flanders here in US of course but I do have two oude genevers to taste and compare today: Diep 9 Old Genever from Belgium and de Borgen Old-Style Genever from The Netherlands...

Color: Almost clear with a faint pale yellow tint with persistent tears and legs around the glass.

Overall: It is almost like a crossover between a very young whisky and an old tom gin. It is surprisingly malty and grainy than being botanical. If anybody think that genevers are always spirity, sweet and herbal this bottle is a great example to show them how actually they can be dry, complex and layered. I should have a bottle of this at home all the time. 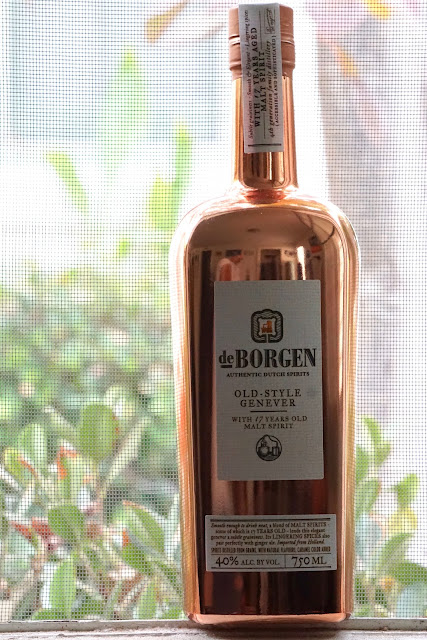 Color: Very pale straw like yellow. It is odd because the label says that caramel coloring is added. So this gives us a little hint about how much of that 17 year old spirit they used in the blend... Must be pretty minuscule.

Overall: This is a great one as well... They are very different though. It is very hard to compare. That's what I like about genever. Even if you are tasting two expressions from the very same category they can be totally different. De Borgen is more perfumy, botanical and sweeter compared to Diep 9 but that doesn't make neither of them better or worse than the other one. Although I wish that it was a tad less sweet for my taste it is still a great sipping genever. By the way I love genevers served neat accompanying strong and bitter coffees like an espresso or Turkish coffee. Try once, you'll thank me later...