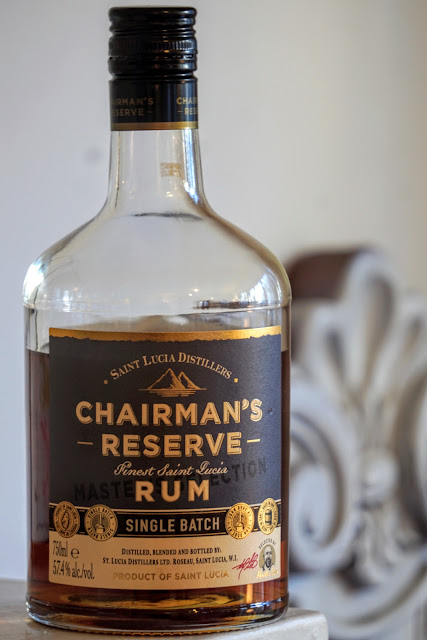 Chairman's Reserve Single Batch (57.4%): A limited cask strength Chairman's Reserve release from Saint Lucia Distillers of Saint Lucia of West Indies. It is distilled exclusively using the small "John Dore" pot still in the distillery which was installed in the distillery back in 1998. Although the front label indicates only "single batch" the back label says that the rum spent six years in a single ex-bourbon cask which was selected later by Martin Cate of Smuggler's Cove fame. My interpretation would be that the rum was distilled with a single load through the pot still and then matured in a single cask. So, single batch and single cask at the same time...

Overall: This is an intense and sharp rum packed with spices, dried fruits and fuel driven notes. It has an amazing strong and firm backbone keeping up no matter how much water you add. Till this moment I was just sipping this with just a few drops of water to be honest mostly because of the price I paid for it but now I think I should try it in some mixed drinks as well. I am sure it will shine in any classic rum cocktail. Solid rum... Thanks to Josh Hodas for hooking me up.