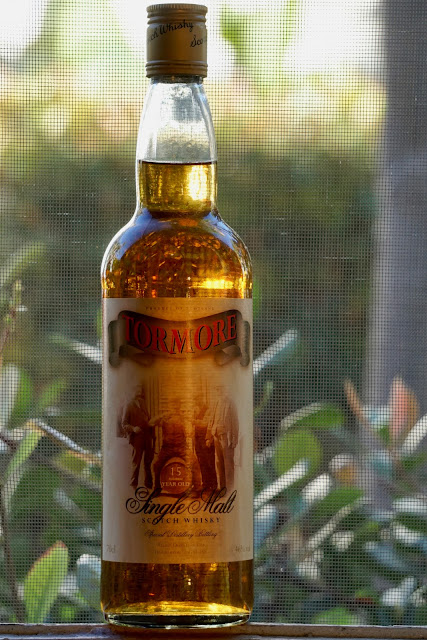 Tormore 15yo (46.0%): One of my small auction wins from last year... I enjoy finding cheap odd balls like this on online auctions that I can afford and no one ever will bid on. Apparently Allied Distillers released this bottling as a part of a series back in late 90s and besides this 15yo Tormore they released expressions from Glengurgie, Glencadam, Glentauchers, Imperial, Miltonduff and Dumbarton distilleries as well. Tormore is actually one of the new(ish) distilleries in Scotland which started to distill in 1961 under the ownership of Long John Distillers. Unlike the industrial looking distilleries from its era the building complex is surprisingly beautiful. Today the distillery is a part of Pernod Ricard group and although they mainly produce whisky for Ballantine's blends they do have newly released 14yo and a 16yo expressions available. By the way I am loving the screw cap already...

Overall: Unfortunately it is oxidized but still drinkable if you can deal with that overall bitterness and with wet cardboard and raw wood notes. I definitely can but at the end it is what it is... I wish it was in better shape. I'll probably sip it a few more times but I believe it will end up in my infinity bottle eventually.