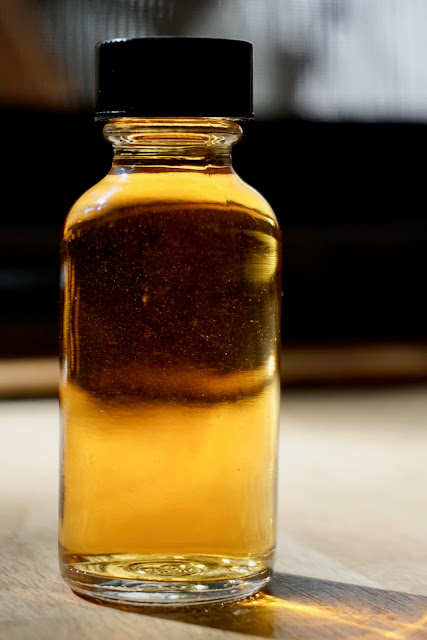 Chateau du Breuil Pays d'Auge 15yo (41.0%): It is such a beautiful cool summer day here in Southern California and after tasting quite a few whiskies in a row I am craving for a good Calvados today and the pick is Chateau du Breuil 15 yo. As we all know it is almost impossible to get any details from Calvados producers about their products and this one is also not an exception. Besides the spirit being double distilled and the cider being fermented for minimum six weeks as required for any Calvados from Pays d'Auge region and the youngest component in the blend being minimum 15 years old we really don't know much about what's in the bottle.

Color: Red gold, medium amber with a dark orange hue... Thin but oily legs all around the glass despite of its relatively low abv.

Nose: Vanilla frosting, red apple skin and apple strudel. Cinnamon, ground cloves and nutmeg. After allowing it to air everything starts to dial down... Toasted brioche, oak and butter. Interesting... I admit that I took a fair amount of time but it continued to fade out to almost nothing. There's barely anything on the nose anymore.

Overall: Surprisingly underwhelming experience... Especially if you compare it to Calvados Royal from their line-up we tasted on this blog before. It started with a decent nose and was kinda interesting actually but in a few minutes everything vanished into thin air. The palate also is incredibly thin and watery. Like you accidentally added too much water or forgot the ice cube you put in the glass. It's an ok and easy drinking Calvados but also pretty much unmemorable. There are so many better alternatives at this price point in my opinion. Many thanks again to my dear friend Mordechai Fishman for the sample.