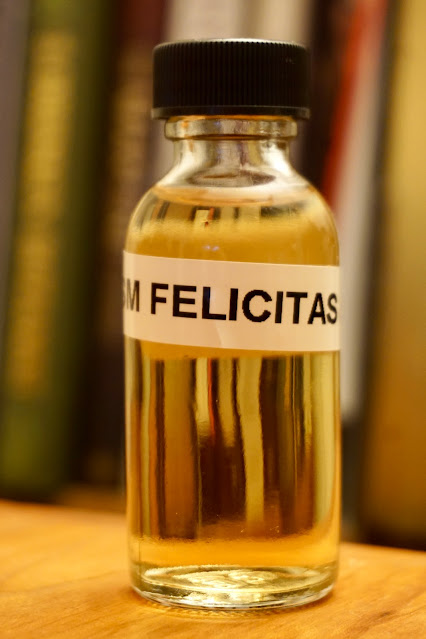 Compass Box Hedonism Felicitas (53.0%): Happy 20th anniversary Compass Box..!!! It's pretty much unbelievable that they have been around for twenty years. I remember like yesterday how people started to talk about this new cool whisky brand which mysteriously showed up on the shelves of the old Park Avenue Liquor shop and then found its way into the dimly lit back rooms of NYC's bars where whisky geeks met weekdays, into the cocktail menus of the city's hippest watering holes, onto the blog pages no-one was particularly paying attention to and of course eventually into all of our whisky cabinets. I remember the first bottles of Eleuthera, Double Single, Monster and Lady Luck being poured in home tastings followed by Oohs and Aahs and I remember how we geeked about them for hours each time after we tasted them. I remember talking about the "American Guy" living across the pond who was determined to change it all and ended up doing so...
The very first whisky which started all this was the first batch of Hedonism. A blended grain whisky John Glaser vatted on his kitchen counter and distributed from the trunk of his own car in October of year 2000... And this limited release I am about to pour today is created to celebrate Compass Box's and also Hedonism's 20th anniversary and carries the name Hedonism Felicitas. The recipe lists three different types of casks of grain whiskies distilled in three different distilleries: Re-charred American oak barrels from North British, 1st fill ex-bourbon barrels from Strathclyde and refill ex-sherry butts from Port Dundas. It is bottled at 53% abv in its natural color without any chill-filtration and the batch yielded 2,226 bottles. It was released in July this year.

Overall: Amazing whisky as expected and a great homage to the whisky that started all. Unfortunately sold out in most of the markets but it's worth to keep your eyes open in case you catch one on a shelf. Thanks to James Saxon for taking the lead in creation of this wonderful whisky, thanks to Scott Ellis Western the Region Manager of Compass Box for sending me this sample and of course thanks to John Glaser for all..!