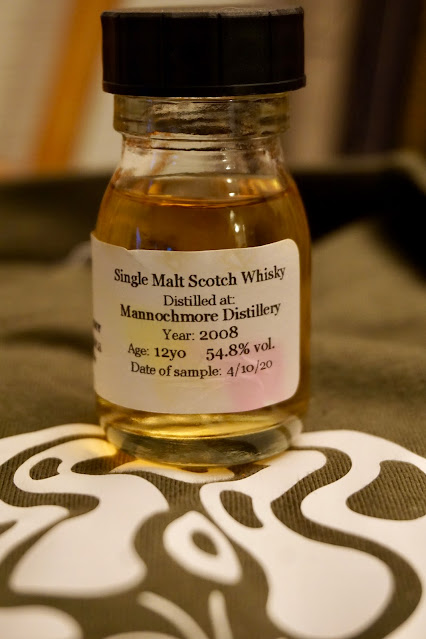 Watt Whisky Mannochmore 12yo (54.8%): First of all I would like to give a big Hip Hip Hooray..! to our dear friends Kate and Mark Watt, the new power couple of Scotch whisky for launching their own independent bottling company..!!! Such an exciting, long expected and deserving move. I wish all the best in the world to them... And also sincere thanks to both of them for going to trouble of sending me the samples from their inaugural line-up all the way from Campbeltown literally to the other side of the world to Los Angeles. I received five samples in mail last week and will try to work my way through all of them in coming days. First sample I picked randomly from the pack is a 12yo Mannochmore distilled in 2008. A distillery from the modern era which was constructed in 1971 on the site of Glenlossie distillery and now it is a part of Diageo's portfolio. The whisky was initially matured in two separate hogsheads which were combined in a single brandy butt for an additional finish of three months yielding 663 bottles in total.

Palate: Quite different than what I expected after the nose... Not that sweet or citrusy: Wool, pipe tobacco, and beeswax. Milk chocolate, coal gas and sesame oil. Water thins the texture a notch but adds a little sweetness as well: White cranberry juice, cream soda and sweet digestive biscuits. Butter and almond paste...

Finish: Medium to long with beeswax, bread crust and almonds.

Overall: Exactly what I was expecting and hoping from Mark Watt... A very distillate driven whisky with optimal cask influence delivering a quite creamy and weighty texture. It's citrusy, malty and crisp. A great first sample for starting the line-up. Right up my alley to be honest and also fairly priced. I would like to buy a bottle... Thanks to Kate Watt kindly for sending me this sample for reviewing purposes without any strings being attached. All the notes and thoughts above are my own. 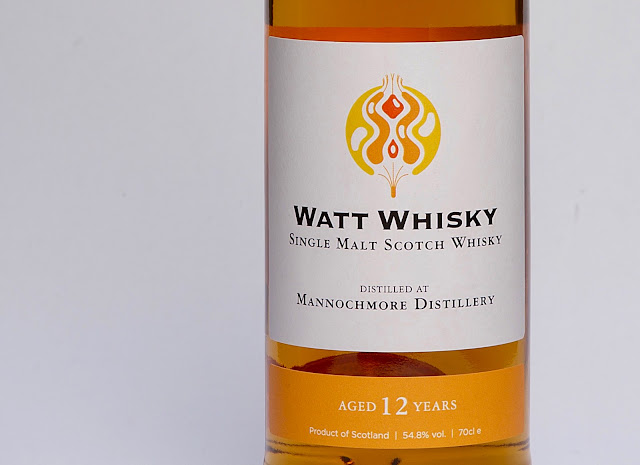