Raj Peter Bhakta is one of the most polarizing and controversial characters in the spirits world. While his style of conducting business is often seen opportunistic and mercenary to say the least by so many in the industry he is also appreciated by many others as an unorthodox and innovative entrepreneur who dares to bend the rules. Sometimes till they snap. A man of action, so to speak... His new enterprise he started right after selling his shares and walking away from Whistle Pig is called Bhakta Spirits and the very first spirit released in consecutive batches under the label is a blend of different vintages of brandies sourced from Armagnac region in France. They are finished in ex-Islay whisky barrels for two weeks first and then transferred into bigger ex-Armagnac casks for an additional week before being bottled in Vermont and distributed nationwide. I have samples of batch #3 and batch #4 to taste today which were generously shared with me by a friend who originally received them. Batch #3 is named "Pendragon" and Batch #4 is named "Galahad". 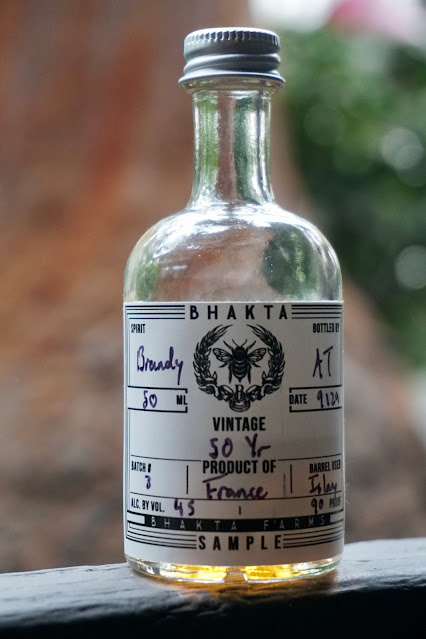 Finish: Medium to short but fades out after soaking up everything liquid in your mouth. Tart with yellow grapefruits and as dry as pencil shavings.

Overall: A little too dry and earthy for my taste... I would love to get more fruits even if they are dried and dusty. For what it is worth peated whisky barrel finish is hardly recognizable. 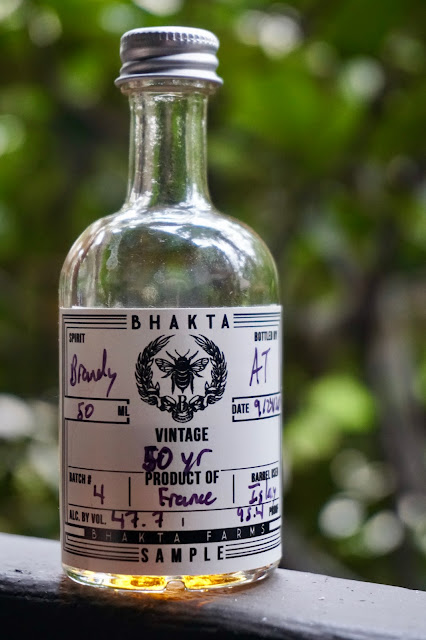 Color: Medium amber, almost the same color with batch #3 but just a touch darker. Now since I can compare the legs between the two I can tell that this one has slightly thicker ones.

Overall: I liked this batch better than batch #3... It's less puckery and less dry. There are more fruit notes to pick even though they are all in the background and mostly citrusy and tart.