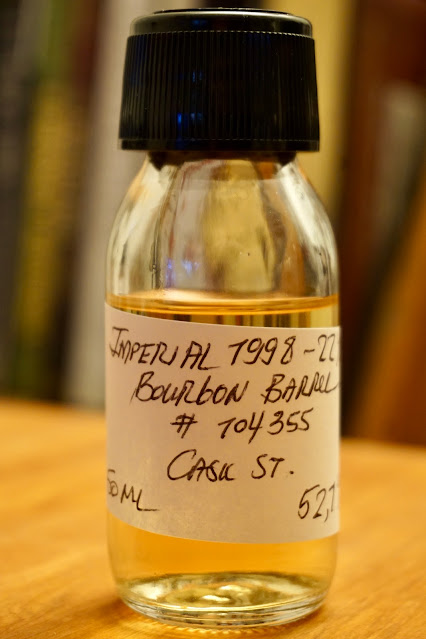 Chapter 7 Imperial 22yo (52.1%): I am taking a short break from the new Watt Whisky releases today but keeping the independent bottler theme going... Chapter 7 is relatively new in the scene but they caught my attention immediately after they launched their first batch of whiskies because of more than one reason: First of all I knew that Selim Evin, the founder of the company was Turkish and a first generation immigrant like myself and I was interested to hear more about his story. Then I realized that the whole concept of the company and the design of their packaging, labeling, etc. were inspired by literary fiction which hooked me right away as a literature junkie. Even the name "Chapter 7" is inspired by the "The Seven Ages of Man" monologue from Willam Shakespeare's "As You Like It"..! And like all these things were not enough they favor ex-bourbon casks, most of the time 2nd and 3rd fill ones and also not so interested in any kind of finishing. Well, say no more... Count me in... I never felt so excited about a brand before tasting a drop of whisky they put on the shelf...
Luckily I didn't have to wait too long though. I received eight single cask samples from Selim Evin just before the holidays in November but after talking with my friend and fellow blogger Koray Kaan Özdemir a.k.a. Whisky Monster we decided to do something a little more special with Selim. Long story short last Saturday we finally managed to get together online for a chat and tasting and we also ended up streaming our conversation live. You can watch the recording on YouTube by simply clicking on this link if you want to listen to Selim's story directly from himself.
Now the whisky: It is a 22yo single cask from Imperial Distillery... Why did I choose this particular one from Chapter 7 to start with? Because it was ridiculously good..! I tasted it first during the live streaming actually and decided to save the most of the sample for this post. As most of you already know Imperial is a distillery long gone. It was in operation sporadically till 1998 but then it was shut down for good and eventually got demolished in 2013 to make space for the construction of Pernod Ricard's brand new Dalmunach distillery. This particular sample in the bottle is distilled in the very last days of Imperial and bottled in 2020 from an ex-Bourbon barrel when it was 22 years old as a part of the Chapter 7's Monologue series. The cask yielded 218 bottles at cask strength.
Color: Looks like barley fields right before harvest. Saturated gold yellow, oaked Chardonnay color with thin, rather quick but oily legs all around the glass.

Nose: Lemon curd, limoncello and spearmint leaves. It starts to get sweeter and sweeter on the nose every minute after being allowed to air in the glass. Vanilla, clementine soda and sliced oranges. Yellow gummi bears, teak wood and yellow plums. Just a couple drops water and voilà: Lemon ice cream, old school bubblegums and chocolate covered bananas. Mind-blowingly good...

Palate: A massive fruit bowl packed  with all kind of fresh and candied fruits: Candied orange peels, candied figs and quince paste. Freshly sliced mangos, guavas and pineapples. Lemon meringue pie, key lime pie and no-bake orange cheesecake. Although it performs perfectly well at cask strength adding water improves it even more same like it did on the nose: Orange liquor, passion fruit puree and canned stone fruits. I don't think that it is possible to pack more fruit notes on a palate of a whisky.

Finish: Long with lemon and orange zest and lightly toasted wood. Not like a note coming from a toasted barrel though. It's more like accumulated slightly burnt saw dust on a carpenter's shop floor.

Overall: An absolute stunner... It reminds me legendary 1960's bourbon cask aged fruit bomb Bowmores minus the peat. I really cannot come up with anything else to add at this point other than saying: "If you see one in the wild, get it immediately..." 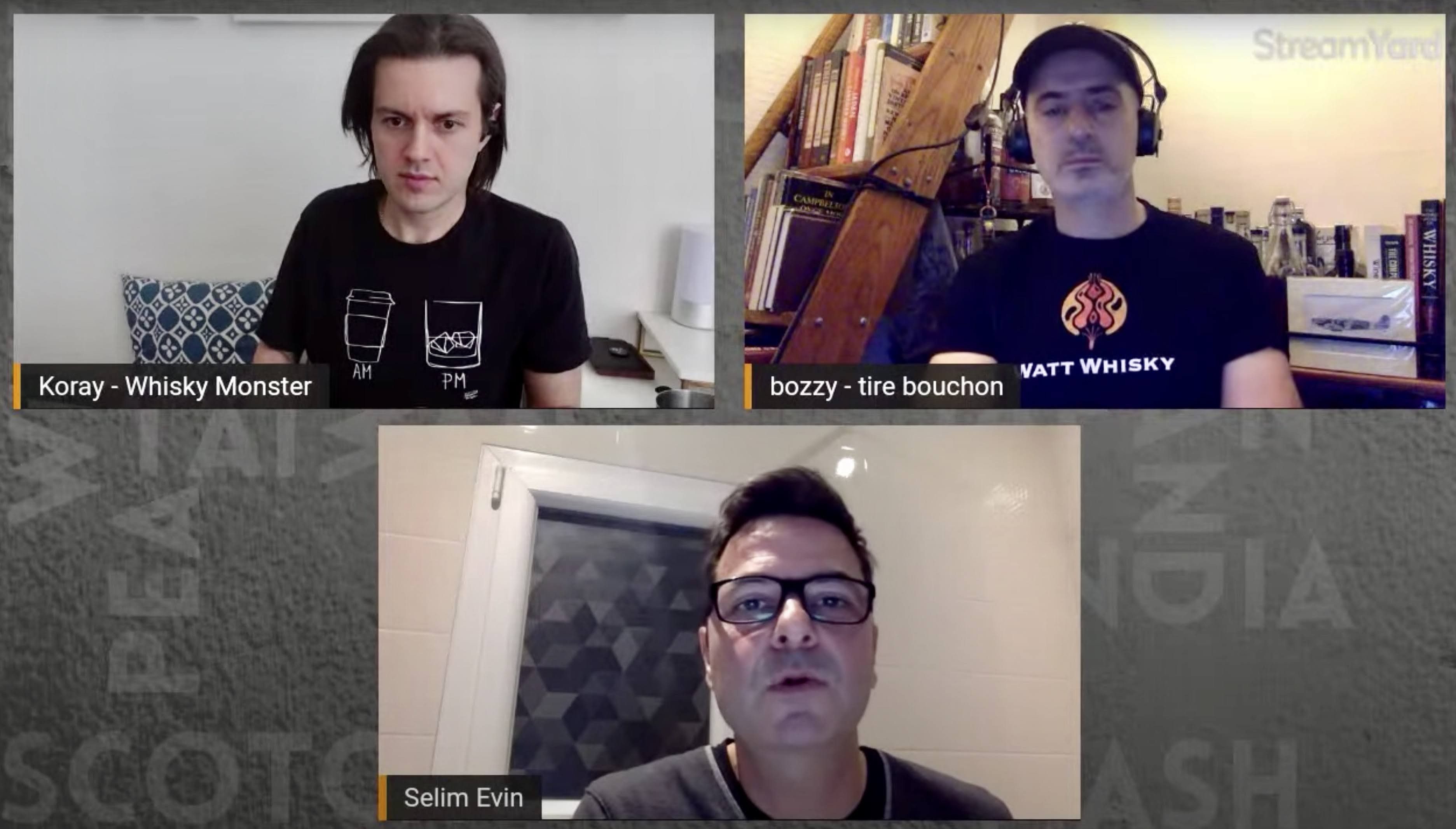