on April 30, 2020
Continuing to clean my sample boxes every day... Who knows, one day I can come to a point where I can claim enough surface area on my desk to start to work on it again. Today I pulled out two Laphroaig Cairdeas samples. They are 2015 and 2016 releases and were saved from our big Laphroaig tasting happened last year.  If you want to continue with the reviews about Cairdeas 2017 and 2018 releases after reading the post below simply click on the links with the corresponding years. 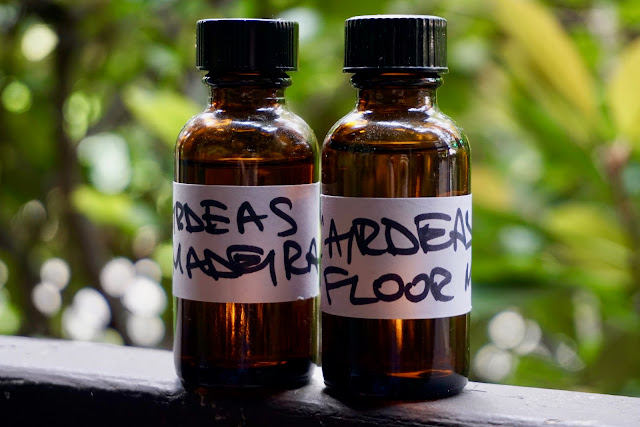 Laphroaig Cairdeas 2015 200th Anniversary Edition (51.5%): Although this bottling is one of the regular Cairdeas releases it also got advertised as a part of distillery's 200th year anniversary back then with some other limited edition whiskies they launched throughout the year. The whisky is distilled using the barley malted on the distillery's malt floors and dried in their own kiln only. As you will know Laphroaig is one of the few distilleries in Scotland having its own malt floors but they have to outsource a considerable amount of their malt to keep up with their vast capacity of 3.3 million liters of alcohol per year. So besides using barley from their own malt floors the whisky is also distilled using only the two smaller stills in the distillery as an effort to mimic the earlier style of Laphroaig and matured exclusively in the dunnage warehouses.

Palate: It is drier on the palate... Black gardening soil, pomelo, lemon and soot. Definitely peatier than other expressions in Laphroaig's regular line-up. Water makes it more approachable but I have to say that it was totally drinkable before adding water as well. Dried fish, clotted cream and ash. Rubber bands and crystallized ginger.

Overall: Brilliant release... As good as I remember if not better. Whoever was smart enough to stash more than a bottle of these when they had the chance to do so won big in my opinion. I actually remember liking Cairdeas 2017 Quarter Cask CS release just because it reminded me of this bottle a lot. Definitely one of my favorite Cairdeas releases.

Laphroaig Cairdeas 2016 Madeira Cask Finish (51.6%): And now a lot of Laphroaig enthusiasts' favorite Cairdeas release. As you can tell it is finished in sweet fortified Madeira wine casks. I don't have any details about the release except the casks used being hogsheads.

Color: Dark yellow gold with stationary teardrops around the glass.

Overall: Juicy and fruity... All kind of sweet, red and orange fruits having a block party on the palate and finish. Although I am drawn to drier Laphroaig Cairdeas bottlings like 2015, 2017 or 2018  it is indeed a very good whisky.